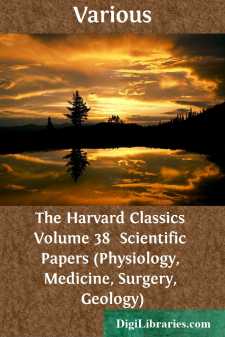 Hippocrates, the celebrated Greek physician, was a contemporary of the historian Herodotus. He was born in the island of Cos between 470 and 460 B. C., and belonged to the family that claimed descent from the mythical AEsculapius, son of Apollo. There was already a long medical tradition in Greece before his day, and this he is supposed to have inherited chiefly through his predecessor Herodicus; and he enlarged his education by extensive travel. He is said, though the evidence is unsatisfactory, to have taken part in the efforts to check the great plague which devastated Athens at the beginning of the Peloponnesian war. He died at Larissa between 380 and 360 B. C.

The works attributed to Hippocrates are the earliest extant Greek medical writings, but very many of them are certainly not his. Some five or six, however, are generally granted to be genuine, and among these is the famous "Oath." This interesting document shows that in his time physicians were already organized into a corporation or guild, with regulations for the training of disciples, and with an esprit de corps and a professional ideal which, with slight exceptions, can hardly yet be regarded as out of date.

One saying occurring in the words of Hippocrates has achieved universal currency, though few who quote it to-day are aware that it originally referred to the art of the physician. It is the first of his "Aphorisms": "Life is short, and the Art long; the occasion fleeting; experience fallacious, and judgment difficult. The physician must not only be prepared to do what is right himself, but also to make the patient, the attendants, and externals cooperate."

THE OATH OF HIPPOCRATES

I swear by Apollo the physician and AEsculapius, and Health, and All-heal, and all the gods and goddesses, that, according to my ability and judgment, I will keep this Oath and this stipulation —to reckon him who taught me this Art equally dear to me as my parents, to share my substance with him, and relieve his necessities if required; to look upon his offspring in the same footing as my own brothers, and to teach them this art, if they shall wish to learn it, without fee or stipulation; and that by precept, lecture, and every other mode of instruction, I will impart a knowledge of the Art to my own sons, and those of my teachers, and to disciples bound by a stipulation and oath according to the law of medicine, but to none others. I will follow that system of regimen which, according to my ability and judgment, I consider for the benefit of my patients, and abstain from whatever is deleterious and mischievous. I will give no deadly medicine to any one if asked, nor suggest any such counsel; and in like manner I will not give to a woman a pessary to produce abortion. With purity and with holiness I will pass my life and practice my Art. I will not cut persons labouring under the stone, but will leave this to be done by men who are practitioners of this work. Into whatever houses I enter, I will go into them for the benefit of the sick, and will abstain from every voluntary act of mischief and corruption; and, further, from the seduction of females or males, of freemen and slaves....