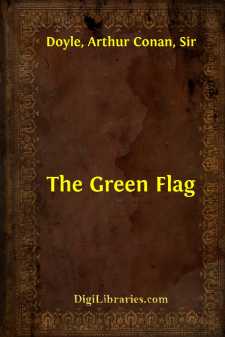 When Jack Conolly, of the Irish Shotgun Brigade, the Rory of the Hills Inner Circle, and the extreme left wing of the Land League, was incontinently shot by Sergeant Murdoch of the constabulary, in a little moonlight frolic near Kanturk, his twin-brother Dennis joined the British Army. The countryside had become too hot for him; and, as the seventy-five shillings were wanting which might have carried him to America, he took the only way handy of getting himself out of the way. Seldom has Her Majesty had a less promising recruit, for his hot Celtic blood seethed with hatred against Britain and all things British. The sergeant, however, smiling complacently over his 6 ft. of brawn and his 44 in. chest, whisked him off with a dozen other of the boys to the depot at Fermoy, whence in a few weeks they were sent on, with the spade-work kinks taken out of their backs, to the first battalion of the Royal Mallows, at the top of the roster for foreign service.

The Royal Mallows, at about that date, were as strange a lot of men as ever were paid by a great empire to fight its battles. It was the darkest hour of the land struggle, when the one side came out with crow-bar and battering-ram by day, and the other with mask and with shot-gun by night. Men driven from their homes and potato-patches found their way even into the service of the Government, to which it seemed to them that they owed their troubles, and now and then they did wild things before they came. There were recruits in the Irish regiments who would forget to answer to their own names, so short had been their acquaintance with them. Of these the Royal Mallows had their full share; and, while they still retained their fame as being one of the smartest corps in the army, no one knew better than their officers that they were dry-rotted with treason and with bitter hatred of the flag under which they served.

And the centre of all the disaffection was C Company, in which Dennis Conolly found himself enrolled. They were Celts, Catholics, and men of the tenant class to a man; and their whole experience of the British Government had been an inexorable landlord, and a constabulary who seemed to them to be always on the side of the rent-collector. Dennis was not the only moonlighter in the ranks, nor was he alone in having an intolerable family blood-feud to harden his heart. Savagery had begotten savagery in that veiled civil war. A landlord with an iron mortgage weighing down upon him had small bowels for his tenantry. He did but take what the law allowed, and yet, with men like Jim Holan, or Patrick McQuire, or Peter Flynn, who had seen the roofs torn from their cottages and their folk huddled among their pitiable furniture upon the roadside, it was ill to argue about abstract law. What matter that in that long and bitter struggle there was many another outrage on the part of the tenant, and many another grievance on the side of the landowner! A stricken man can only feel his own wound, and the rank and file of the C Company of the Royal Mallows were sore and savage to the soul....