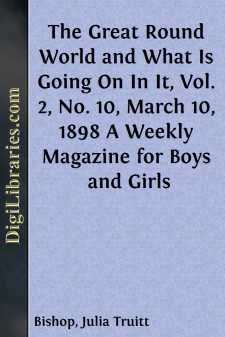 The Maine disaster is to the public almost as much of a mystery as ever. Little of absolutely reliable information has been made known, and until something is officially stated by the court of inquiry, judgment must be suspended.

The court of inquiry began the investigation almost immediately after its arrival at Havana. The sittings were held on the lighthouse tender Mangrove, and lasted for a number of days; the court then adjourned to Key West.

The investigation has been a secret one throughout, and though the numerous correspondents have done their best to obtain information, very few facts have been ascertained; and fact and fiction have been so mixed in the newspaper accounts that it is not safe to accept as final any of the statements.

In some foreign papers it has been hinted that the disaster resulted from an accident due to lack of discipline on board the vessel. The utter falseness of this statement is shown by the facts. Just think of a crew, or what was left of it, mustering without confusion on the deck of a sinking, burning vessel, and this vessel likely to be blown to pieces at any moment! Could any better evidence of perfect discipline and heroism be given? Every man took his place without comment; each order was given quietly and coolly, and obeyed with precision. Is it possible that an accident could have happened on that ship through lack of discipline?

Of course, many of the newspaper accounts have more or less foundation in fact, for no effort is spared by their correspondents to be the first to ascertain and report the truth. The general impression now seems to be that no explosion in the ship originated the disaster.

One New York paper stated that the most important evidence was given by an officer of the Fern, who is said to have discovered that the keel and armor-plates of the Maine had been driven upward, this proving in his opinion that the explosion must have occurred under the vessel.

The correspondent of this paper also said that the ten-inch and six-inch magazines were upset and hurled from their places in opposite directions, and added that the forward boilers were overturned and wrecked. There were no fires under these boilers at the time of the explosion. Fires were under the after boilers only.

He added, that from the discoveries of the divers there was every indication that the explosion came from a point beneath the keel, just forward of the conning-tower, and that this explosion drove keel, plates, and ribs almost to the surface, the main force of the explosion having been exerted on the port side of the vessel.

According to this report, the ascertained facts, collectively, indicate that the contents of the reserve six-inch magazine were exploded by the first explosion, and that there was no explosion in either of the other two magazines. In the reserve magazine was stowed twenty-five hundred pounds of powder, in copper tanks, each of which contained two hundred pounds.

Several of these tanks have been found by the divers, all in crushed and shapeless masses....