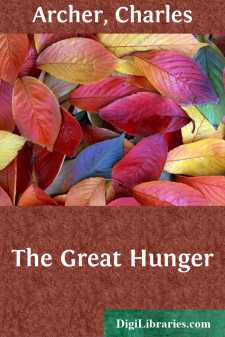 For sheer havoc, there is no gale like a good northwester, when it roars in, through the long winter evenings, driving the spindrift before it between the rocky walls of the fjord. It churns the water to a froth of rushing wave crests, while the boats along the beach are flung in somersaults up to the doors of the grey fisher huts, and solid old barn gangways are lifted and sent flying like unwieldy birds over the fields. "Mercy on us!" cry the maids, for it is milking-time, and they have to fight their way on hands and knees across the yard to the cowshed, dragging a lantern that WILL go out and a milk-pail that WON'T be held. And "Lord preserve us!" mutter the old wives seated round the stove within doors—and their thoughts are far away in the north with the Lofoten fishermen, out at sea, maybe, this very night.

But on a calm spring day, the fjord just steals in smooth and shining by ness and bay. And at low water there is a whole wonderland of strange little islands, sand-banks, and weed-fringed rocks left high and dry, with clear pools between, where bare-legged urchins splash about, and tiny flat-fish as big as a halfpenny dart away to every side. The air is filled with a smell of salt sea-water and warm, wet beach-waste, and the sea-pie, see-sawing about on a big stone in the water, lifts his red beak cheerily sunwards and pipes: "Kluip, kluip! the spring has come!"

On just such a day, two boys of fourteen or thereabouts came hurrying out from one of the fishermen's huts down towards the beach. Boys are never so busy as when they are up to some piece of mischief, and evidently the pair had business of this sort in hand. Peer Troen, fair-haired and sallow-faced, was pushing a wheelbarrow; his companion, Martin Bruvold, a dark youth with freckles, carried a tub. And both talked mysteriously in whispers, casting anxious glances out over the water.

Peer Troen was, of course, the ringleader. That he always was: the forest fire of last year was laid at his door. And now he had made it clear to some of his friends that boys had just as much right to lay out deep-sea lines as men. All through the winter they had been kept at grown-up work, cutting peat and carrying wood; why should they be left now to fool about with the inshore fishing, and bring home nothing better than flounders and coal-fish and silly codlings? The big deep-sea line they were forbidden to touch—that was so—but the Lofoten fishery was at its height, and none of the men would be back till it was over. So the boys had baited up the line on the sly down at the boathouse the day before, and laid it out across the deepest part of the fjord.

Now the thing about a deep-sea line is that it may bring to the surface fish so big and so fearsome that the like has never been seen before. Yesterday, however, there had been trouble of a different sort. To their dismay, the boys had found that they had not sinkers enough to weight the shore end of the line; and it looked as if they might have to give up the whole thing....