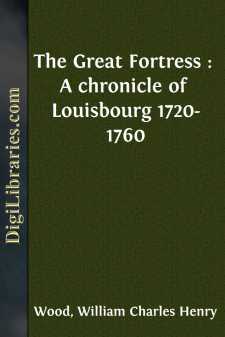 The fortress of Louisbourg arose not from victory but from defeat; not from military strength but from naval weakness; not from a new, adventurous spirit of attack, but from a half-despairing hope of keeping one last foothold by the sea. It was not begun till after the fortunes of Louis XIV had reached their lowest ebb at the Treaty of Utrecht in 1713. It lived a precarious life of only forty years, from 1720 to 1760. And nothing but bare ruins were left to mark its grave when it finally passed, unheeded and unnamed, into the vast dominions of the conquering British at the Peace of Paris in 1763.

The Treaty of Utrecht narrowed the whole French sea-coast of America down to the single island of Cape Breton. Here, after seven years of official hesitation and maritime exhaustion, Louisbourg was founded to guard the only harbour the French thought they had a chance of holding. A medal was struck to celebrate this last attempt to keep the one remaining seaway open between Old France and New. Its legend ran thus: Ludovicoburgum Fundatum et Munitum, M.DCC.XX ('Louisbourg Founded and Fortified, 1720'). Its obverse bore the profile of the young Louis XV, whose statesmen hoped they had now established a French Gibraltar in America, where French fleets and forts would command the straits leading into the St Lawrence and threaten the coast of New England, in much the same way as British fleets and forts commanded the entrance to the Mediterranean and threatened the coasts of France and Spain. This hope seemed flattering enough in time of peace; but it vanished at each recurrent shock of war, because the Atlantic then became a hostile desert for the French, while it still remained a friendly highway for the British.

The first French settlers in Louisbourg came over from Newfoundland, which had been given up to the British by the treaty. The fishermen of various nations had frequented different ports all round these shores for centuries; and, by the irony of fate, the new French capital of Cape Breton was founded at the entrance to the bay which had long been known as English Harbour. Everything that rechristening could do, however, was done to make Cape Breton French. Not only was English Harbour now called Louisbourg, but St Peter's became Port Toulouse, St Anne's became Port Dauphin, and the whole island itself was solemnly christened Ile Royale.

The shores of the St Lawrence up to Quebec and Montreal were as entirely French as the islands in the Gulf. But Acadia, which used to form the connection by land between Cape Breton and Canada, had now become a British possession inhabited by the so-called 'neutral French.' These Acadians, few in numbers and quite unorganized, were drawn in opposite directions, on the one hand by their French proclivities, on the other by their rooted affection for their own farms. Unlike the French Newfoundlanders, who came in a body from Plaisance (now Placentia), the Acadians preferred to stay at home....