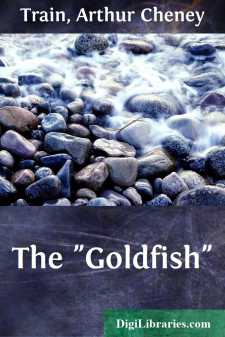 "My house, my affairs, my ache and my religion—"

I was fifty years old to-day. Half a century has hurried by since I first lay in my mother's wondering arms. To be sure, I am not old; but I can no longer deceive myself into believing that I am still young. After all, the illusion of youth is a mental habit consciously encouraged to defy and face down the reality of age. If, at twenty, one feels that he has reached man's estate he, nevertheless, tests his strength and abilities, his early successes or failures, by the temporary and fictitious standards of youth.

At thirty a professional man is younger than the business man of twenty-five. Less is expected of him; his work is less responsible; he has not been so long on his job. At forty the doctor or lawyer may still achieve an unexpected success. He has hardly won his spurs, though in his heart he well knows his own limitations. He can still say: "I am young yet!" And he is.

But at fifty! Ah, then he must face the facts! He either has or has not lived up to his expectations and he never can begin over again. A creature of physical and mental habit, he must for the rest of his life trudge along in the same path, eating the same food, thinking the same thoughts, seeking the same pleasures—until he acknowledges with grim reluctance that he is an old man.

I confess that I had so far deliberately tried to forget my approaching fiftieth milestone, or at least to dodge it with closed eyes as I passed it by, that my daughter's polite congratulation on my demicentennial anniversary gave me an unexpected and most unpleasant shock.

"You really ought to be ashamed of yourself!" she remarked as she joined me at breakfast.

"Why?" I asked, somewhat resenting being thus definitely proclaimed as having crossed into the valley of the shadows.

"To be so old and yet to look so young!" she answered, with charming voir-faire.

Then I knew the reason of my resentment against fate. It was because I was labeled as old while, in fact, I was still young. Of course that was it. Old? Ridiculous! When my daughter was gone I gazed searchingly at myself in the mirror. Old? Nonsense!

I saw a man with no wrinkles and only a few crow's-feet such as anybody might have had; with hardly a gray hair on my temples and with not even a suggestion of a bald spot. My complexion and color were good and denoted vigorous health; my flesh was firm and hard on my cheeks; my teeth were sound, even and white; and my eyes were clear save for a slight cloudiness round the iris.

The only physical defect to which I was frankly willing to plead guilty was a flabbiness of the neck under the chin, which might by a hostile eye have been regarded as slightly double. For the rest I was strong and fairly well—not much inclined to exercise, to be sure, but able, if occasion offered, to wield a tennis racket or a driver with a vigor and accuracy that placed me well out of the duffer class.

Yes; I flattered myself that I looked like a boy of thirty, and I felt like one—except for things to be hereinafter noted—and yet middle-aged men called me "sir" and waited for me to sit down before doing so themselves; and my contemporaries were accustomed to inquire jocularly after my arteries....