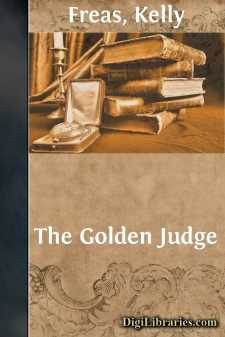 UNITED NATIONS, N.Y., June 16, 1981—(AP)—In one of the most impressive ceremonies ever held in the United Nations building, the world celebrated today the 25th anniversary of the discovery of the "Golden Judge."

General Terence P. O'Reilly, USA (Retired), the man responsible for the discovery, was the principal guest of honor. Obviously moved by the acclaim from virtually every member nation, Gen. O'Reilly made a brief speech recapturing for a moment the accidental circumstances of 25 years ago that so drastically reduced world tensions....

It was stifling hot in Jerusalem in the afternoon of June 16, 1956, and Major General Terence Patrick O'Reilly, United States Army, was rather more bored than usual. His Army career had gone well—two stars already at forty-five—until the mysterious workings of the Pentagon had given him perhaps the most frustrating posting a soldier could have.

He was chairman of the mixed United Nations armistice commission trying to keep the uneasy peace between Israel and her Arab neighbors. For months he had presided over unending investigations of border incidents, some petty, some not so petty. He had signed reports reprimanding and recommending and approving, but nothing ever came of them, and he no longer expected anything ever would.

Today's hearing was different, and not strictly in his field. But because he was an engineer, and because both Arabs and Israelis trusted him, he had agreed to listen to their opposing arguments on using the waters of the River Jordan.

Too many years ago, the United States had offered to provide most of the funds for a "little TVA" on the river, benefitting both Israel and Jordan alike. At first, both had refused outright to have anything to do with the other. But over the years, skillful negotiating by Eric Johnston, the American President's personal envoy, had brought Israel and Jordan closer and closer together—until now they agreed on the disposal of ninety per cent of the water.

But farther than this they would not go. For months, years, they balked on the remaining ten per cent, and the dams remained only blueprints.

Terence O'Reilly was sick unto death of the arguments, and thought everyone else was, too. He had heard them over and over; he knew them by heart. He knew they were evenly balanced, with justice on both sides. He knew both nations longed for a settlement, but he knew neither would back down, for reasons of "face." Worst of all, he knew that any decision of his was meaningless. It was purely advisory, and he knew all too well what "advisory" opinions counted for out here.

Yet he tried to look interested as the delegate from Jordan wearily produced an argument that every man in the conference room could recite word for word.

In a brief lull, General O'Reilly groaned: "Why don't they toss a coin for it?"

It was not as sotto voce as he meant.

The Arab delegate stared at him. "I beg your pardon!"

Flushing, General O'Reilly apologized, but the Arab was already talking excitedly to his fellow delegates. Puzzled, O'Reilly heard a confused babble of Arabic, then sudden silence.

The Arab delegate had a glint in his eye as he asked for the floor.

"In the name of my country," he said proudly, "we agree!"

The word "agree" had not been heard in this chamber for many months, and General O'Reilly wondered if he had heard aright....