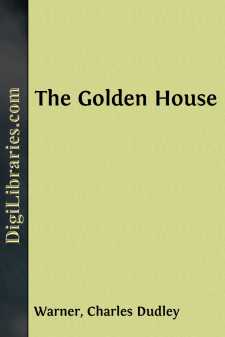 It was near midnight: The company gathered in a famous city studio were under the impression, diligently diffused in the world, that the end of the century is a time of license if not of decadence. The situation had its own piquancy, partly in the surprise of some of those assembled at finding themselves in bohemia, partly in a flutter of expectation of seeing something on the border-line of propriety. The hour, the place, the anticipation of the lifting of the veil from an Oriental and ancient art, gave them a titillating feeling of adventure, of a moral hazard bravely incurred in the duty of knowing life, penetrating to its core. Opportunity for this sort of fruitful experience being rare outside the metropolis, students of good and evil had made the pilgrimage to this midnight occasion from less-favored cities. Recondite scholars in the physical beauty of the Greeks, from Boston, were there; fair women from Washington, whose charms make the reputation of many a newspaper correspondent; spirited stars of official and diplomatic life, who have moments of longing to shine in some more languorous material paradise, had made a hasty flitting to be present at the ceremony, sustained by a slight feeling of bravado in making this exceptional descent. But the favored hundred spectators were mainly from the city-groups of late diners, who fluttered in under that pleasurable glow which the red Jacqueminot always gets from contiguity with the pale yellow Clicquot; theatre parties, a little jaded, and quite ready for something real and stimulating; men from the clubs and men from studios—representatives of society and of art graciously mingled, since it is discovered that it is easier to make art fashionable than to make fashion artistic.

The vast, dimly lighted apartment was itself mysterious, a temple of luxury quite as much as of art. Shadows lurked in the corners, the ribs of the roof were faintly outlined; on the sombre walls gleams of color, faces of loveliness and faces of pain, studies all of a mood or a passion, bits of shining brass, reflections from lustred ware struggling out of obscurity; hangings from Fez or Tetuan, bits of embroidery, costumes in silk and in velvet, still having the aroma of balls a hundred years ago, the faint perfume of a scented society of ladies and gallants; a skeleton scarcely less fantastic than the draped wooden model near it; heavy rugs of Daghestan and Persia, making the footfalls soundless on the floor; a fountain tinkling in a thicket of japonicas and azaleas; the stems of palmettoes, with their branches waving in the obscurity overhead; points of light here and there where a shaded lamp shone on a single red rose in a blue Granada vase on a toppling stand, or on a mass of jonquils in a barbarous pot of Chanak-Kallessi; tacked here and there on walls and hangings, colored memoranda of Capri and of the North Woods, the armor of knights, trophies of small-arms, crossed swords of the Union and the Confederacy, easels, paints, and palettes, and rows of canvases leaning against the wall-the studied litter, in short, of a successful artist, whose surroundings contribute to the popular conception of his genius.

On the wall at one end of the apartment was stretched a white canvas; in front of it was left a small cleared space, on the edge of which, in the shadow, squatting on the floor, were four swarthy musicians in Oriental garments, with a mandolin, a guitar, a ney, and a darabooka drum. About this cleared space, in a crescent, knelt or sat upon the rugs a couple of rows of men in evening dress; behind them, seated in chairs, a group of ladies, whose white shoulders and arms and animated faces flashed out in the semi-obscurity; and in their rear stood a crowd of spectators—beautiful young gentlemen with vacant faces and the elevated Oxford shoulders, rosy youth already blase to all this world can offer, and gray-headed men young again in the prospect of a new sensation. So they kneel or stand, worshipers before the shrine, expecting the advent of the Goddess of AEsthetic Culture.

The moment has come. There is a tap on the drum, a tuning of the strings, a flash of light from the rear of the room inundates the white canvas, and suddenly a figure is poised in the space, her shadow cast upon the glowing background.

It is the Spanish dancer!

The apparition evokes a flutter of applause. It is a superb figure, clad in a high tight bodice and long skirts simply draped so as to show every motion of the athletic limbs. She seems, in this pose and light, supernaturally tall. Through her parted lips white teeth gleam, and she smiles. Is it a smile of anticipated, triumph, or of contempt? Is it the smile of the daughter of Herodias, or the invitation of a 'ghazeeyeh'?...