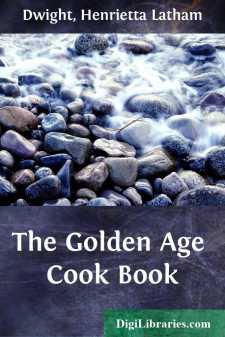 I send this little book out into the world, first, to aid those who, having decided to adopt a bloodless diet, are still asking how they can be nourished without flesh; second, in the hope of gaining something further to protect “the speechless ones” who, having come down through the centuries under “the dominion of man,” have in their eyes the mute, appealing look of the helpless and oppressed. Their eloquent silence should not ask our sympathy and aid in vain; they have a right, as our humble brothers, to our loving care and protection, and to demand justice and pity at our hands; and, as a part of the One Life, to—

“life, which all can take but none can give;Life, which all creatures love and strive to keep;Wonderful, dear, and pleasant unto each,Even to the meanest; yea, a boon to allWhere pity is, for pity makes the worldSoft to the weak and noble for the strong.Unto the dumb lips of the flock he lentSad, pleading words, showing how man, who praysFor mercy to the gods, is merciless,Being as god to those; albeit all lifeIs linked and kin, and what we slay have givenMeek tribute of their milk and wool, and setFast trust upon the hands which murder them.”

If the cruelty and injustice to animals are nothing to us, we have still another argument to offer—the brutalization of the men who slaughter that we may eat flesh. Mrs. Besant, in “Why I Am a Food Reformer,” says:

“Lately I have been in the city of Chicago—one of the greatest slaughter-houses of the world—where the slaughter-men, who are employed from early morn till late at night in the killing of thousands of these hapless creatures, are made a class practically apart from their fellow-men; they are marked out by the police as the most dangerous part of the community; amongst them are committed most crimes of violence, and the most ready use of the knife is found. One day I was speaking to an authority on this subject, and I asked him how it was that he knew so decidedly that most of the murders and the crimes with the knife were perpetrated by that particular class of men, and his answer was suggestive, although horrible. He said: ‘There is a peculiar turn of the knife which men learn to use in the slaughter-house, for, as the living creatures are brought to them by machinery, these men slit their throats as they pass by. That twist of the wrist is the characteristic of most crimes with the knife committed amongst our Chicago population.’ That struck me at once as both a horrible and significant fact. What right have people to condemn other men to a trade that makes them so readily take to the knife in anger; which marks them out as specially brutalized—brutes amongst their fellow-men? Being constantly in the sight and the smell of blood, their whole nature is coarsened; accustomed to kill thousands of creatures, they lose all sense of reverence for sentient life, they grow indifferent to the suffering they continually see around them; accustomed to inflict pain, they grow callous to the sight of pain; accustomed to kill swiftly, and sometimes not even waiting until the creature is dead before the skin is stripped from it, their nerves become coarsened, hardened, and brutalized, and they are less men as men because they are slaughterers of animals....