The Father of British Canada: a Chronicle of Carleton 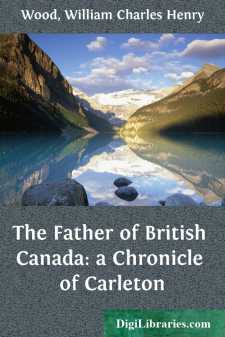 Guy Carleton, first Baron Dorchester, was born at Strabane, County Tyrone, on the 3rd of September 1724, the anniversary of Cromwell's two great victories and death. He came of a very old family of English country gentlemen which had migrated to Ireland in the seventeenth century and intermarried with other Anglo-Irish families equally devoted to the service of the British Crown. Guy's father was Christopher Carleton of Newry in County Down. His mother was Catherine Ball of County Donegal. His father died comparatively young; and, when he was himself fifteen, his mother married the rector of Newry, the Reverend Thomas Skelton, whose influence over the six step-children of the household worked wholly for their good.

At eighteen Guy received his first commission as ensign in the 25th Foot, then known as Lord Rothes' regiment and now as the King's Own Scottish Borderers. At twenty-three he fought gallantly at the siege of Bergen-op-Zoom. Four years later (1751) he was a lieutenant in the Grenadier Guards. He was one of those quiet men whose sterling value is appreciated only by the few till some crisis makes it stand forth before the world at large. Pitt, Wolfe, and George II all recognized his solid virtues. At thirty he was still some way down the list of lieutenants in the Grenadiers, while Wolfe, two years his junior in age, had been four years in command of a battalion with the rank of lieutenant-colonel. Yet he had long been 'my friend Carleton' to Wolfe, he was soon to become one of 'Pitt's Young Men,' and he was enough of a 'coming man' to incur the king's displeasure. He had criticized the Hanoverians; and the king never forgave him. The third George 'gloried in the name of Englishman.' But the first two were Hanoverian all through. And for an English guardsman to disparage the Hanoverian army was considered next door to lese-majeste.

Lady Dorchester burnt all her husband's private papers after his death in 1808; so we have lost some of the most intimate records concerning him. But 'grave Carleton' appears so frequently in the letters of his friend Wolfe that we can see his character as a young man in almost any aspect short of self-revelation. The first reference has nothing to do with affairs of state. In 1747 Wolfe, aged twenty, writing to Miss Lacey, an English girl in Brussels, and signing himself 'most sincerely your friend and admirer,' says: 'I was doing the greatest injustice to the dear girls to admit the least doubt of their constancy. Perhaps with respect to ourselves there may be cause of complaint. Carleton, I'm afraid, is a recent example of it.' From this we may infer that Carleton was less 'grave' as a young man than Wolfe found him later on. Six years afterwards Wolfe strongly recommended him for a position which he had himself been asked to fill, that of military tutor to the young Duke of Richmond, who was to get a company in Wolfe's own regiment. Writing home from Paris in 1753 Wolfe tells his mother that the duke 'wants some skilful man to travel with him through the Low Countries and into Lorraine....