The Ethnology of the British Islands 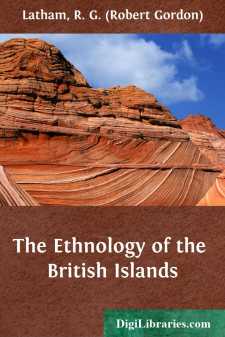 The ethnologist, who passes from the history of the varieties of the human species of the world at large, to the details of some special family, tribe, or nation, is in the position of the naturalist who rises from such a work as the Systema Naturæ, or the Règne Animal, to concentrate his attention on some special section or subsection of the sciences of Zoology and Botany. If having done this he should betake himself to some ponderous folio, bulkier than the one which he read last, but devoted to a subject so specific and[2] limited as to have scarcely found a place in the general history of organized beings, the comparison is all the closer. The subject, in its main characteristics, is the same in both cases; but the difference of the details is considerable. A topographical map on the scale of a chart of the world, a manipulation for the microscope as compared with the preparation of a wax model, are but types and illustrations of the contrast. A small field requires working after a fashion impossible for a wide farm; often with different implements, and often with different objects. A dissertation upon the Negroes of Africa, and a dissertation upon the Britons of the Welsh Principality, though both ethnological, have but few questions in common, at least in the present state of our knowledge; and out of a hundred pages devoted to each, scarcely ten would embody the same sort of facts. With the Negro, we should search amongst old travellers and modern missionaries for such exact statements as we might be fortunate enough to find respecting his geographical position, the texture of his hair, the shade of his skin, the peculiarities of his creed, the structure of his language; and well satisfied should we be if anything at once new and true fell in our way. But in the case of the Briton all this is already known to the inquirer, and can be conveyed in a few sentences to the reader. What[3] then remains? A fresh series of researches, which our very superiority of knowledge has developed; inquiries which, with an imperfectly known population, would be impossible. Who speculates to any extent upon such questions as the degrees of intermixture between the Moors and the true Negroes of Nubia? Who grapples with such a problem as the date of the occupation of New Guinea? Such and such-like points are avoided; simply because the data for working them are wanting. Yet with an area like the British Isles, they are both possible and pertinent. More than this. In such countries there must either be no ethnology at all, or it must be of the minute kind, since the primary and fundamental questions, which constitute nine-tenths of our inquiries elsewhere, are already answered....