The Empire of the East

by H. B. (Helen Barrett) Montgomery 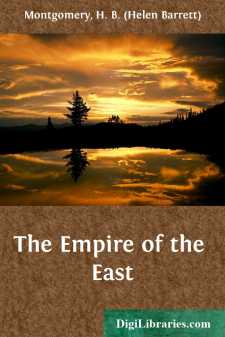 ON my return from another visit to Japan a few months ago I found those persons in this country with whom I was brought into close association extremely curious and strangely ignorant regarding that ancient Empire. Despite the multitude of books which have of late years been published about Japan and things Japanese a correct knowledge of the country and the people is, so far as I can judge, altogether lacking in England. Indeed the multiplicity of books may have something to do with that fact, as many of them have been written by persons whose knowledge, acquired in the course of a flying visit, was, to say the least, perfunctory, and who had no opportunities for viewing the life of the people from within and forming a sound judgment on many matters upon which the writers have dogmatically pronounced. I, accordingly, came to the conclusion not only that there was room for one more book on Japan, but that another book was greatly needed—a book not technical, historical, abstruse or recondite, but a book describing in simple language Japan as it was, is, and will be. This is the task I set before myself when I commenced to write this volume, and the reader must be the judge to what extent I have been successful in the accomplishment thereof. I have touched but lightly on the material development of the country of recent years. I know from experience that though statistics are the fad of a few they are caviare to the great mass of the public. Nor have I dealt at all with politics or political parties in new Japan. It is, I think, unfortunate that the Japanese people, in adopting or adapting English institutions, should have introduced the political party system so much in evidence in Great Britain and other European countries. Whether that system works well in the West, where it has been in existence for centuries and is not always taken over-seriously by party politicians themselves, is a question upon which I shall express no opinion. But I think it is problematical whether such a system is well adapted for an Oriental people, possessed of and permeated by an ancient civilisation—a people whose feelings, sentiments, modes of thought, prejudices and passions are so essentially different from those of Western nations. Be that as it may, Japanese politics find no place in this work.

The morality or otherwise of the Japanese is a matter which has been much discussed and written about. The views of speakers and writers in regard thereto, so far as I have been able to ascertain them, have been largely affected by their prejudices or the particular standpoint from which they have regarded the matter. The result, in my opinion, has been that an entirely erroneous conception of the whole subject of Japanese morality has not only been formed but has been set forth in speech or writing, and a grave injustice has been done to the Japanese in this matter, to say nothing of the entirely false view of the whole question which has been promulgated. In this book I have endeavoured to deal with this thorny subject, so far as it can be dealt with in a book, free from prejudice or preconceived ideas of any kind....