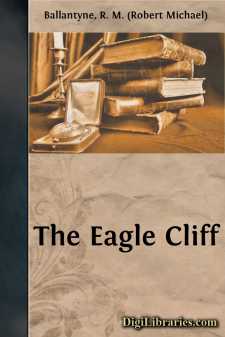 From the earliest records of history we learn that man has ever been envious of the birds, and of all other winged creatures. He has longed and striven to fly. He has also signally failed to do so.

We say “failed” advisedly, because his various attempts in that direction have usually resulted in disappointment and broken bones. As to balloons, we do not admit that they fly any more than do ships; balloons merely float and glide, when not otherwise engaged in tumbling, collapsing, and bursting.

This being so, we draw attention to the fact that the nearest approach we have yet made to the sensation of flying is that achieved by rushing down a long, smooth, steep hill-road on a well-oiled and perfect ball-bearings bicycle! Skating cannot compare with this, for that requires exertion; bicycling down hill requires none. Hunting cannot, no matter how splendid the mount, for that implies a certain element of bumping, which, however pleasant in itself, is not suggestive of the smooth swift act of flying.

We introduce this subject merely because thoughts somewhat similar to those which we have so inadequately expressed were burning in the brain of a handsome and joyful young man one summer morning not long ago, as, with legs over the handles, he flashed—if he did not actually fly—down one of our Middlesex hills on his way to London.

Urgent haste was in every look and motion of that young man’s fine eyes and lithe body. He would have bought wings at any price had that been possible; but, none being yet in the market, he made the most of his wheel—a fifty-eight inch one, by the way, for the young man’s legs were long, as well as strong.

Arrived at the bottom of the hill the hilarious youth put his feet to the treadles, and drove the machine vigorously up the opposite slope. It was steep, but he was powerful. He breathed hard, no doubt, but he never flagged until he gained the next summit. A shout burst from his lips as he rolled along the level top, for there, about ten miles off, lay the great city, glittering in the sunshine, and with only an amber-tinted canopy of its usual smoke above it.

Among the tall elms and in the flowering hedgerows between which he swept, innumerable birds warbled or twittered their astonishment that he could fly with such heedless rapidity through that beautiful country, and make for the dismal town in such magnificent weather. One aspiring lark overhead seemed to repeat, with persistent intensity, its trill of self gratulation that it had not been born a man. Even the cattle appeared to regard the youth as a sort of ornithological curiosity, for the sentiment, “Well, you are a goose!” was clearly written on their mild faces as he flew past them.

Over the hill-top he went—twelve miles an hour at the least—until he reached the slope on the other side; then down he rushed again, driving at the first part of the descent like an insane steam-engine, till the pace must have increased to twenty miles, at which point, the whirl of the wheel becoming too rapid, he was obliged once more to rest his legs on the handles, and take to repose, contemplation, and wiping his heated brow—equivalent this, we might say, to the floating descent of the sea-mew....