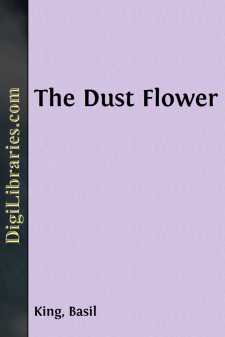 It is not often that you see a man tear his hair, but this is exactly what Rashleigh Allerton did. He tore it, first, because of being under the stress of great agitation, and second, because he had it to tear—a thick, black shock with a tendency to part in the middle, but brushed carefully to one side. Seated on the extreme edge of one of Miss Walbrook’s strong, slender armchairs, his elbows on his knees, he dug his fingers into the dark mass with every fresh taunt from his fiancée.

She was standing over him, high-tempered, imperious. “So it’s come to this,” she said, with decision; “you’ve got to choose between a stupid, vulgar lot of men, and me.”

He gritted his teeth. “Do you expect me to give up all my friends?”

He jumped to his feet, a slim, good-looking, well-dressed figure in spite of the tumbled effect imparted by excitement. “But, good heavens, Barbara, what have I been doing?”

“I don’t pretend to follow you there. I only know the condition in which you came here from the club last night.”

He was honestly bewildered. “Came here from the club last night? Why—why, I wasn’t so bad.”

Standing away from him, she twirled the engagement solitaire as if resisting the impulse to snatch it off. “That would be a question of point of view, wouldn’t it? If Aunt Marion hadn’t been here––”

“Please, Rash! I don’t want to know the details.”

“But I want you to know them. I’ve told you a dozen times that if I take so much as a cocktail or a glass of sherry I’m all in, when another fellow can take ten times as much and not––”

“Rash, dear, I haven’t known you all my life without being quite aware that you’re excitable. ‘Crazy Rash’ we used to call you when we were children, and Crazy Rash you are still. But that’s not my point.”

“Your point is that that infernal old Aunt Marion of yours doesn’t like me.”

“She’s not infernal, and she’s not old, but it’s true that she doesn’t like you. All the more reason, then, that when she gave her consent to our engagement on condition that you’d give up your disgusting habits––”

He raced away from her to the other side of the room, turning to face her like an exasperated animal at bay.

The room was noteworthy, and of curiously feminine refinement. Expressing Miss Marion Walbrook as it did, it made no provision for the coarse and lounging habits of men, Miss Walbrook’s world being a woman’s world. All was straight, slender, erect, and hard in the way that women like for occasions of formality. It was evident, too, that Miss Walbrook’s women friends were serious, if civilized. There was no place here for the slapdash, smoking girl of the present day.

The tone which caught your eye was that of dusky gold, thrown out first from the Chinese rug in imperial yellow, but reflected from a score of surfaces in rich old satinwood, discreetly mounted in ormolu....