The Day of Judgment 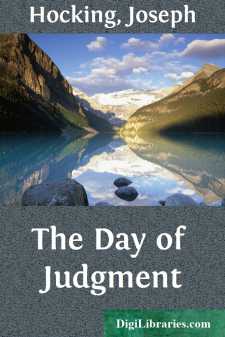 Three young men sat in an old inn not far from the borderline which divides England from Scotland. They were out on a holiday, and for more than two weeks had been tramping northward. Beginning at the Windermere Lakes, they had been roaming amidst the wild mountainous scenery which is the pride and joy of all lovers of beauty who dwell in that district. For two of them the holiday had practically come to an end, and now, smoking their pipes after dinner in the old inn, they were reviewing their experiences.

"I envy you, Douglas," said one whose holiday was practically finished. "We have to get back to work but you have yet nearly three weeks before getting into harness again. It must be glorious, too, this going into Scotland."

"Yes," said the other, "and somehow Scotland is different from England. I believe, if I knew nothing about the geography of the district, that directly I put my foot on Scottish soil I should know it. Everything is different there: the outlook on life, the customs, the laws and the prevailing sentiments of the people. Why, we cannot be far from Gretna Green now—think of the scenes which took place around here a few years ago!"

"Have the laws changed much in relation to marriage?" asked the first speaker. "You are studying for the Bar, Douglas, you ought to know."

The young man who had not yet spoken was different from the others. He was cast in a more intellectual mould, and, although bronzed by the sun and wind of the Cumberland Hills, his demeanour suggested the student.

"I really don't know much about Scottish laws," he replied, "they are so different from those of England. It is wonderful how people living so close together could have framed laws so entirely dissimilar. Of course, marriage laws have been a curious business both in England and Scotland. Before Lord Hardwicke's Act the marriage arrangements in England were very peculiar, but with that Act things took a different course. In Scotland, however, I believe they remained pretty nearly the same as before. As a matter of fact, marriage in Scotland is very difficult to define."

"Well, I believe, even now, a marriage is valid even although there are no witnesses, no minister, no religious ceremony, and no formula whatever."

"But, my dear fellow," said one of the others, "that is surely impossible."

"I think not," replied the young man called Douglas. "I was talking with an old Scotch lawyer only a few months ago, and he was telling me that even yet Scotch marriages are about as loose as they can possibly be. He explained to me that Scotch marriage is a contract constituted by custom alone, and although generally of a well-attested nature, a marriage may be completed by a solemn and deliberate consent of the parties to take each other for husband and wife, and that such a marriage is absolutely binding. No writing or witnesses are necessary. He also explained to me that a marriage could be legally constituted in Scotland by a promise to marry followed by the parties living together for a few hours....