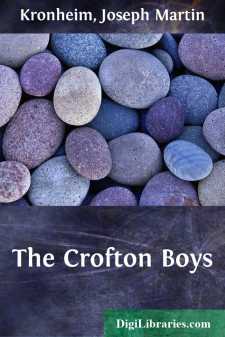 All the Proctors but Phil.

Mr Proctor, the chemist and druggist, kept his shop, and lived in the Strand, London. His children thought that there was never anything pleasanter than the way they lived. Their house was warm in winter, and such a little distance from the church, that they had no difficulty in getting to church and back again, in the worst weather, before their shoes were wet. They were also conveniently near to Covent Garden market; so that, if any friend dropped in to dinner unexpectedly, Jane and Agnes could be off to the market, and buy a fowl, or some vegetables or fruit, and be back again before they were missed. It was not even too far for little Harry to trot with one of his sisters, early on a summer’s morning, to spend his penny (when he happened to have one) on a bunch of flowers, to lay on papa’s plate, to surprise him when he came in to breakfast. Not much farther off was the Temple Garden, where Mrs Proctor took her children every fine summer evening to walk and breathe the air from the river; and when Mr Proctor could find time to come to them for a turn or two before the younger ones must go home to bed, it seemed to the whole party the happiest and most beautiful place in the whole world,—except one. They had once been to Broadstairs, when the children were in poor health after the measles: and for ever after, when they thought of the waves beating on the shore, and of the pleasures of growing strong and well among the sea-breezes, they felt that there might be places more delightful than the Temple Garden: but they were still very proud and fond of the grass and trees, and the gravel walks, and the view over the Thames, and were pleased to show off the garden to all friends from the country who came to visit them.

The greatest privilege of all, however, was that they could see the river without going out of their own house. There were three back windows to the house, one above another; and from the two uppermost of these windows there was what the children called a view of the Thames. There was a gap of a few yards wide between two high brick houses: and through this gap might be seen the broad river, with vessels of every kind passing up or down. Outside the second window were some leads, affording space for three or four chairs: and here it was that Jane and Agnes liked to sit at work, on certain hours of fine days. There were times when these leads were too hot, the heat of the sun being reflected from the surrounding brick walls; but at an earlier hour before the shadows were gone, and when the air blew in from the river, the place was cool, and the little girls delighted to carry their stools to the leads, and do their sewing there. There Philip would condescend to spend a part of his mornings, in his Midsummer holidays, frightening his sisters with climbing about in dangerous places, or amusing them with stories of school pranks, or raising his younger brother Hugh’s envy of the boys who were so happy as to be old enough to go to school at Mr Tooke’s, at Crofton....