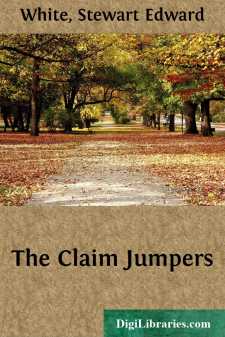 In a fifth-story sitting room of a New York boarding house four youths were holding a discussion. The sitting room was large and square, and in the wildest disorder, which was, however, sublimated into a certain system by an illuminated device to the effect that one should "Have a Place for Everything, and then there'll be one Place you won't have to look." Easels and artists' materials thrust back to the wall sufficiently advertised the art student, and perhaps explained the untidiness.

Two of the occupants of the room, curled up on elevated window ledges, were emitting clouds of tobacco smoke and nursing their knees; the other two, naked to the waist, sat on a couple of ordinary bedroom mattresses deposited carefully in the vacant centre of the apartment. They were eager, alert-looking young men, well-muscled, curly of hair, and possessing in common an unabashed carriage of the head which, more plainly than any mere facial resemblance, proved them brothers. They, too, were nursing their knees.

"He must be an unadorned ass," remarked one of the occupants of the window seats, in answer to some previous statement.

"He is not," categorically denied a youth of the mattresses. "My dear Hench, you make no distinctions. I've been talking about the boy's people and his bringing up and the way he acts, whereupon you fly off on a tangent and coolly conclude things about the boy himself. It is not only unkind, but stupid."

Hench laughed. "You amuse me, Jeems," said he; "elucidate."

Jeems let go his knees. The upper part of his body, thus deprived of support, fell backward on the mattress. He then clasped his hands behind his head, and stared at the ceiling.

"Listen, ye multitude," he began; "I'm an artist. So are you. I'm also a philosopher. You are not. Therefore, I'll deign to instruct you. Ben de Laney has a father and a mother. The father is pompous, conceited, and a bore. The mother is pompous, conceited, and a bore. The father uses language of whose absolutely vapid correctness Addison would have been proud. So does the mother, unless she forgets, in which case the old man calls her down hard. They, are rich and of a good social position. The latter worries them, because they have to keep up its dignity."

"They succeed," interrupted the other brother fervently, "they succeed. I dined there once. After that I went around to the waxworks to get cheered up a bit."

"Quite so, Bertie," replied the philosopher; "but you interrupted me just before I got to my point. The poor old creatures had been married many years before Bennie came to cheer them up. Naturally, Bennie has been the whole thing ever since. He is allowed a few privileges, but always under the best auspices. The rest of the time he stays at home, is told what or what not a gentleman should do, and is instructed in the genealogy of the de Laneys."

"The mother is always impressing him with the fact that he is a de Laney on both sides," interpolated Bert.

"Important, if true, as the newspapers say," remarked the other young man on the window ledge....