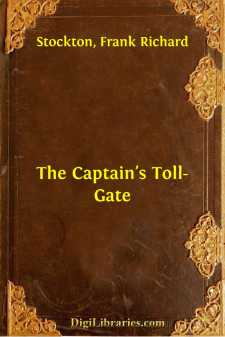 A long, wide, and smoothly macadamized road stretched itself from the considerable town of Glenford onward and northward toward a gap in the distant mountains. It did not run through a level country, but rose and fell as if it had been a line of seaweed upon the long swells of the ocean. Upon elevated points upon this road, farm lands and forests could be seen extending in every direction. But there was nothing in the landscape which impressed itself more obtrusively upon the attention of the traveler than the road itself. White in the bright sunlight and gray under the shadows of the clouds, it was the one thing to be seen which seemed to have a decided purpose. Northward or southward, toward the gap in the long line of mountains or toward the wood-encircled town in the valley, it was always going somewhere.

About two miles from the town, and at the top of the first long hill which was climbed by the road, a tall white pole projected upward against the sky, sometimes perpendicularly, and sometimes inclined at a slight angle. This was a turnpike gate or bar, and gave notice to all in vehicles or on horses that the use of this well-kept road was not free to the traveling public. At the approach of persons not known, or too well known, the bar would slowly descend across the road, as if it were a musket held horizontally while a sentinel demanded the password.

Upon the side of the road opposite to the great post on which the toll-gate moved, was a little house with a covered doorway, from which toll could be collected without exposing the collector to sun or rain. This tollhouse was not a plain whitewashed shed, such as is often seen upon turnpike roads, but a neat edifice, containing a comfortable room. On one side of it was a small porch, well shaded by vines, furnished with a settle and two armchairs, while over all a large maple stretched its protecting branches. Back of the tollhouse was a neatly fenced garden, well filled with old-fashioned flowers; and, still farther on, a good-sized house, from which a box-bordered path led through the garden to the tollhouse.

It was a remark that had been made frequently, both by strangers and residents in that part of the country, that if it had not been for the obvious disadvantages of a toll-gate, this house and garden, with its grounds and fields, would be a good enough home for anybody. When he happened to hear this remark Captain John Asher, who kept the toll-gate, was wont to say that it was a good enough home for him, even with the toll-gate, and its obvious disadvantages.

It was on a morning in early summer, when the garden had grown to be so red and white and yellow in its flowers, and so green in its leaves and stalks, that the box which edged the path was beginning to be unnoticed, that a girl sat in a small arbor standing on a slight elevation at one side of the garden, and from which a view could be had both up and down the road. She was rather a slim girl, though tall enough; her hair was dark, her eyes were blue, and she sat on the back of a rustic bench with her feet resting upon the seat; this position she had taken that she might the better view the road....