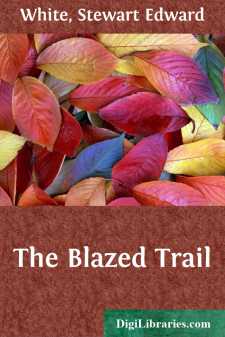 When history has granted him the justice of perspective, we shall know the American Pioneer as one of the most picturesque of her many figures. Resourceful, self-reliant, bold; adapting himself with fluidity to diverse circumstances and conditions; meeting with equal cheerfulness of confidence and completeness of capability both unknown dangers and the perils by which he has been educated; seizing the useful in the lives of the beasts and men nearest him, and assimilating it with marvellous rapidity; he presents to the world a picture of complete adequacy which it would be difficult to match in any other walk of life. He is a strong man, with a strong man's virtues and a strong man's vices. In him the passions are elemental, the dramas epic, for he lives in the age when men are close to nature, and draw from her their forces. He satisfies his needs direct from the earth. Stripped of all the towns can give him, he merely resorts to a facile substitution. It becomes an affair of rawhide for leather, buckskin for cloth, venison for canned tomatoes. We feel that his steps are planted on solid earth, for civilizations may crumble without disturbing his magnificent self-poise. In him we perceive dimly his environment. He has something about him which other men do not possess—a frank clearness of the eye, a swing of the shoulder, a carriage of the hips, a tilt of the hat, an air of muscular well-being which marks him as belonging to the advance guard, whether he wears buckskin, mackinaw, sombrero, or broadcloth. The woods are there, the plains, the rivers. Snow is there, and the line of the prairie. Mountain peaks and still pine forests have impressed themselves subtly; so that when we turn to admire his unconsciously graceful swing, we seem to hear the ax biting the pine, or the prospector's pick tapping the rock. And in his eye is the capability of quiet humor, which is just the quality that the surmounting of many difficulties will give a man.

Like the nature he has fought until he understands, his disposition is at once kindly and terrible. Outside the subtleties of his calling, he sees only red. Relieved of the strenuousness of his occupation, he turns all the force of the wonderful energies that have carried him far where other men would have halted, to channels in which a gentle current makes flood enough. It is the mountain torrent and the canal. Instead of pleasure, he seeks orgies. He runs to wild excesses of drinking, fighting, and carousing—which would frighten most men to sobriety—with a happy, reckless spirit that carries him beyond the limits of even his extraordinary forces.

This is not the moment to judge him. And yet one cannot help admiring the magnificently picturesque spectacle of such energies running riot. The power is still in evidence, though beyond its proper application.

In the network of streams draining the eastern portion of Michigan and known as the Saginaw waters, the great firm of Morrison & Daly had for many years carried on extensive logging operations in the wilderness....