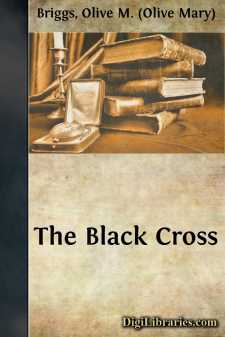 It was night in St. Petersburg. The moon was high in the heavens, and the domes, crowned with a fresh diadem of snow, glittered with a dazzling whiteness. In the side streets the shadows were heavy, the façades of the great palaces casting strange and dark reflections upon the pavement; but the main thoroughfares were streaked as with silver, while along the quay all was bright and luminous as at noontide, the Neva asleep like a frozen Princess under a breast-plate of shimmering ice.

The wind was cold, the air frosty and gay with tinkling sleigh-bells. A constant stream of people in sledges and on foot filled the Morskaïa, hurrying in the one direction. The great Square of the MariÃ­nski was alive with a moving, jostling throng, surging backwards and forwards before the steps of the Theatre like waves on a rock; a gay, well-dressed, chattering multitude, eager to present their tickets, or buy them as the case might be, and enter the gaping doors into the brilliantly lighted foyer beyond.

It was ballet night, but for the first time in the memory of the Theatre no ballet was to be given. Instead of the "Première Danseuse," the idol of Russian society, a new star had appeared, suddenly, miraculously almost, dropped from a Polish Province, and had played himself into the innermost heart of St. Petersburg.

The four strings of his Stradivarius, so fragile, so delicate and slim, were as four chains to bind the people to him; four living wires over which the sound of his fame sped from city to city, from province to province, until there was no musician in all the Russias who could play as Velasco, no instrument like his with the gift of tears and of laughter as well, all the range of human emotions hidden within its slender, resinous body.

So the people said as they gossiped together on the steps: "The great Velasco! The wonderful Velasco!" And now he was on his way to Germany. It was his last concert, his "farewell."

The announcement had been blazoned about on red and yellow handbills for weeks. One Salle after the other had offered itself, each more commodious than the last; but they were as nothing to the demands of the box-office. The list grew longer, the clamourings louder; and at last the unprecedented happened. At the request of a titled committee under the signature of the Grand-Duke Stepan himself, the MariÃ­nski, largest and most beautiful of theatres, had opened its doors to the young god; and the price of tickets went up in leaps like a barometer after a storm;—fifteen roubles for a seat, twenty—twenty-five—and finally no seat at all, not even standing-room.

The crowd melted away gradually; the doors of the foyer closed; the harsh cries of the speculators died in the distance. Behind the Theatre the ice on the canal glimmered and sparkled. The moon climbed higher and the bells of the Nikolski Church rang out clearly, resonantly above the tree-tops.

Scarcely had the last stroke sounded when a black sleigh, drawn by a pair of splendid bays, dashed out of a side street and crossed the Pozeluïef bridge at a gallop....