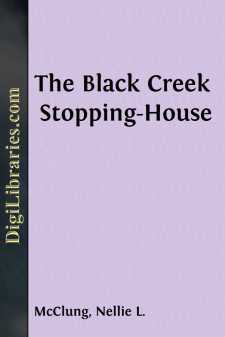 CHAPTER I. THE OLD TRAIL.

When John Corbett strolled leisurely into the Salvation Army meeting in old Victoria Hall in Winnipeg that night, so many years ago now, there may have been some who thought he came to disturb the meeting.

There did not seem to be any atmospheric reason why Mr. Corbett or anyone else should be abroad, for it was a drizzling cold November night, and the streets were muddy, as only Winnipeg streets in the old days could beвЂ”none of your light-minded, fickle-hearted, changeable mud that is mud to-day and dust to-morrow, but the genuine, original, brush-defying, soap-and-water-proof, north star, burr mud, blacker than lampblack, stickier than glue!

Mr. Corbett did not come to disturb the meeting. His reason for attending lay in a perfectly legitimate desire to see for himself what it was all about, he being happily possessed of an open mind.

Mr. Corbett would do anything once, and if he liked it he would do it again. In the case of the Salvation Army meeting, he liked it. He liked the music, and the good fellowship, and the swing and the zip of it all. More still, he liked the blue-eyed Irish girl who sold War Crys at the door. When he went in he bought one; when he came out he bought all she had left.

The next night Mr. Corbett was again at the meeting. On his way in he bought all the War Crys the blue-eyed Irish girl had. Every minute he liked her better, and when the meeting was over and an invitation was given to the anxious ones to "tarry awhile," Mr. Corbett tarried. When the other cases had been dismissed Mr. Corbett had a long talk with the captain in charge.

Mr. Corbett was a gentleman of private means, though he was accustomed to explain his manner of making a livelihood, when questioned by magistrates and other interested persons, by saying he was employed in a livery stable. When further pressed by these insatiably curious people as to what his duties in the livery stable were, he always described his position as that of "chamber maid." Here the magistrates and other questioners thought that Mr. Corbett was disposed to be facetious, but he was perfectly sincere, and he had described his work more accurately than they gave him credit for. It might have been more illuminative if he had said that in the livery stable of Pacer and Kelly he did the "upstairs" work.

It was a small but well appointed room in which Mr. Corbett worked. It had an unobtrusive narrow stairway leading up to it. The only furniture it contained was several chairs and a round table with a well-concealed drawer, which opened with a spring, and held four packs and an assorted variety of chips! Its one window was well provided with a heavy blind. Here Mr. Corbett was able to accommodate any or all who felt that they would like to give Fortune a chance to be kind to them.

The night after Mr. Corbett had attended the Salvation Army meeting, his "upstairs" room was as dark inside as it always appeared to be on the outside. Two anxious ones, whose money was troubling them, had to be turned away disappointed....