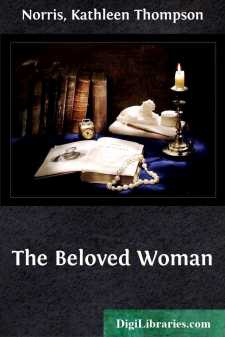 For forty-eight hours the snow-storm had been raging unabated over New York. After a wild and windy Thursday night the world had awakened to a mysterious whirl of white on Friday morning, and to a dark, strange day of steady snowing. Now, on Saturday, dirty snow was banked and heaped in great blocks everywhere, and still the clean, new flakes fluttered and twirled softly down, powdering and feathering every little ledge and sill, blanketing areas in spotless white, capping and hooding every unsightly hydrant and rubbish-can with exquisite and lavish beauty. Shovels had clinked on icy sidewalks all the first day, and even during the night the sound of shouting and scraping had not ceased for a moment, and their more and more obvious helplessness in the teeth of the storm awakened at last in the snow-shovellers, and in the men and women who gasped and stumbled along the choked thoroughfares, a sort of heady exhilaration in the emergency, a tendency to be proud of the storm, and of its effect upon their humdrum lives. They laughed and shouted as they battled with it, and as Nature's great barrier of snow threw down the little barriers of convention and shyness. Men held out their hands to slipping and stumbling women, caught them by their shoulders, panted to them that this was a storm, all right, this was the worst yet! Girls, staggering in through the revolving glass doors of the big department stores, must stand laughing helplessly for a few seconds in the gush of reviving warmth, while they beat their wet gloves together, regaining breath and self-possession, and straightened outraged millinery.

Traffic was congested, deserted trucks and motor-cars lined the side streets, the subways were jammed, the surface cars helpless. Here and there long lines of the omnibuses stood blocked in snow, and the press frantically heralded impending shortages of milk and coal, reiterating pessimistically: "No relief in sight."

But late in Saturday morning there was a sudden lull. The snow stopped, the wind fell, and the pure, cold air was motionless and sweet. The city emerged exhausted from its temporary blanketing, and from the buried benches of Bowling Green to the virgin sweep of pure white beyond Van Cortlandt Park, began its usual January fight with the snow.

A handsome, rosy old lady, wrapped regally in furs, and with a maid picking her way cautiously beside her, was one of the first to take advantage of the sudden change in the weather. Mrs. Melrose had been held captive for almost two days, first by Thursday's inclement winds, and then by the blizzard. Her motor-car was useless, and although at sixty she was an extremely youthful and vigorous woman, her daughters and granddaughter had threatened to use force rather than let her risk the danger of an expedition on foot, at least while the storm continued.

But now the wind was gone, and by the time Mrs. Melrose had been properly shod, and coated, and hatted, there was even a dull glimmer toward the southeast that indicated the location of the long-lost sun. The old lady looked her approval at Fifth Avenue, with all its crudities veiled and softened by the snowfall, and as she climbed into an omnibus expressed herself firmly to Regina.

"You mark my words, the sun will be out before we come home!"

Regina, punching the two dimes carefully into the jolting receiver, made only a respectful murmur for answer. She was, like many a maid, a snob where her mistress was concerned, and she did not like to have Mrs. Melrose ride in public omnibuses. For Regina herself it did not matter, but Mrs. Melrose was one of the city's prominent and wealthy women, and Regina could not remember that she had ever sunk to the use of a public conveyance before to-day. The maid was glad when they descended at a street in the East Sixties. They would probably be sent home, she reflected, in Mrs. Liggett's car. For Regina noticed that private cars were beginning to grind and slip over the snow again.

Old Mrs. Melrose was going to see her daughter Alice, who was Mrs. Christopher Liggett, because Alice was an invalid. It had been only a few years after Alice's most felicitous marriage, a dozen years ago, when an accident had laid the lovely and brilliant woman upon the bed of helplessness that she might never leave again....