The Awakening of the Soul 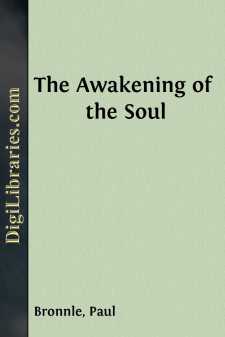 It is to two English scholars, father and son, Edward Pococke, senior and junior, that the world is indebted for the knowledge of one of the most charming productions Arabian philosophy can boast of.

Generally looked upon as a subject of repulsive aridity, in its strange combination of the most heterogeneous philosophical systems, devoid of the grace and charm of attractive style, unbrightened by brilliancy of wit or spirit, Arabian philosophy has, for centuries past, been subject to sad and undeserved neglect.

Yet I cannot imagine a better and more eloquent refutation of this erroneous view than a rendering, in fresh garb, of this romance of Hayy Ibn Yokdhan, simple and ingenuous, yet fragrant with poetry and withal fraught with deep philosophical problems the interest in which I wish to revive.

It was in the year 1671 that there was published by the Oxford University Press, as one of its first issues of Arabic texts, a book called, “Philosophus autodidactus,” edited by Edward Pococke the son, together with a Latin translation. It had a preface that bore the signature of Edward Pococke, the father, and this fact alone was sufficient to stamp it at once as a work in which vast erudition and thoroughness of investigation had joined hands—for both these savants were men of wide reputation and brilliant attainments.

England, that has put students of Oriental lore under such large obligations, has never given to the world a greater Arabic scholar than Edward Pococke, “the Glory and Ornament of his Age and Nation,” the famous author of the “Specimen histori? Arabum”; a veritable store-house of historical, scientific, literary, and religious information, and the equally famous editor of the annals of Eutychius and of the history of Dynasties by Abul faradj.

In the splendid array of famous Arabic scholars the last century has produced there are only two in England that rank with Edward Pococke on the same level—two men whose names stand out in bold relief, namely, Edward William Lane, prince among lexicographers, and William Wright, the brilliant exponent of the theories of the native Arabic grammarians.

The co-operation of Edward Pococke, the father, in the edition of this book, “Philosophus autodidactus,” was indeed the best recommendation. To Edward Pococke, the father, is due the honour of having discovered and unearthed this priceless gem of Arabic philosophical literature, whilst the son, “the worthy son of so great a father,” undertook the task, by no means an easy one, of editing the Arabic text and furnishing it with a Latin translation. This Latin translation was undoubtedly for that time a praiseworthy performance; yet, considering the enormous strides Oriental science has made during the last centuries, and with all the new material at hand, we are to-day able to put the philological groundwork on a more solid basis.

In casting about for the work of an Arabian philosopher for the “Wisdom of the East” Series, I could not think of anything more engaging, more captivating, than this simple romance....