The Art of Letters 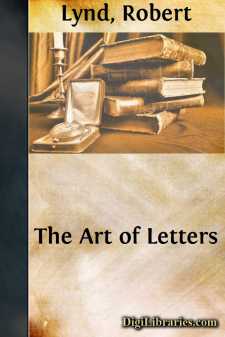 Mr. Pepys was a Puritan. Froude once painted a portrait of Bunyan as an old Cavalier. He almost persuaded one that it was true till the later discovery of Bunyan’s name on the muster-roll of one of Cromwell’s regiments showed that he had been a Puritan from the beginning. If one calls Mr. Pepys a Puritan, however, one does not do so for the love of paradox or at a guess. He tells us himself that he “was a great Roundhead when I was a boy,” and that, on the day on which King Charles was beheaded, he said: “Were I to preach on him, my text should be—‘the memory of the wicked shall rot.’” After the Restoration he was uneasy lest his old schoolfellow, Mr. Christmas, should remember these strong words. True, when it came to the turn of the Puritans to suffer, he went, with a fine impartiality, to see General Harrison disembowelled at Charing Cross. “Thus it was my chance,” he comments, “to see the King beheaded at White Hall, and to see the first blood shed in revenge for the blood of the King at Charing Cross. From thence to my Lord’s, and took Captain Cuttance and Mr. Shepley to the Sun Tavern, and did give them some oysters.” Pepys was a spectator and a gourmet even more than he was a Puritan. He was a Puritan, indeed, only north-north-west. Even when at Cambridge he gave evidence of certain susceptibilities to the sins of the flesh. He was “admonished” on one occasion for “having been scandalously overserved with drink ye night before.” He even began to write a romance entitled Love a Cheate, which he tore up ten years later, though he “liked it very well.” At the same time his writing never lost the tang of Puritan speech. “Blessed be God” are the first words of his shocking Diary. When he had to give up keeping the Diary nine and a half years later, owing to failing sight, he wound up, after expressing his intention of dictating in the future a more seemly journal to an amanuensis, with the characteristic sentences:

Or, if there be anything, which cannot be much, now my amours to Deb. are past, I must endeavour to keep a margin in my book open, to add, here and there, a note in shorthand with my own hand.

And so I betake myself to that course, which is almost as much as to see myself go into my grave; for which, and all the discomforts that will accompany my being blind, the good God prepare me.

With these words the great book ends—the diary of one of the godliest and most lecherous of men.

In some respects Mr. Pepys reminds one of a type that is now commoner in Scotland, I fancy, than elsewhere. He himself seems at one time to have taken the view that he was of Scottish descent. None of the authorities, however, will admit this, and there is apparently no doubt that he belonged to an old Cambridgeshire family that had come down in the world, his father having dwindled into a London tailor. In temperament, however, he seems to me to have been more Scottish than the very Scottish Boswell....