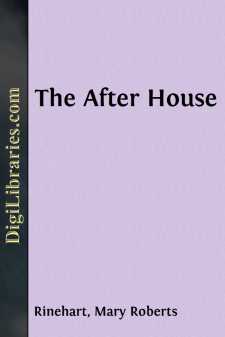 I PLAN A VOYAGE

By the bequest of an elder brother, I was left enough money to see me through a small college in Ohio, and to secure me four years in a medical school in the East. Why I chose medicine I hardly know. Possibly the career of a surgeon attracted the adventurous element in me. Perhaps, coming of a family of doctors, I merely followed the line of least resistance. It may be, indirectly but inevitably, that I might be on the yacht Ella on that terrible night of August 12, more than a year ago.

I got through somehow. I played quarterback on the football team, and made some money coaching. In summer I did whatever came to hand, from chartering a sail-boat at a summer resort and taking passengers, at so much a head, to checking up cucumbers in Indiana for a Western pickle house.

I was practically alone. Commencement left me with a diploma, a new dress-suit, an out-of-date medical library, a box of surgical instruments of the same date as the books, and an incipient case of typhoid fever.

I was twenty-four, six feet tall, and forty inches around the chest. Also, I had lived clean, and worked and played hard. I got over the fever finally, pretty much all bone and appetite; but—alive. Thanks to the college, my hospital care had cost nothing. It was a good thing: I had just seven dollars in the world.

The yacht Ella lay in the river not far from my hospital windows. She was not a yacht when I first saw her, nor at any time, technically, unless I use the word in the broad sense of a pleasure-boat. She was a two-master, and, when I saw her first, as dirty and disreputable as are most coasting-vessels. Her rejuvenation was the history of my convalescence. On the day she stood forth in her first coat of white paint, I exchanged my dressing-gown for clothing that, however loosely it hung, was still clothing. Her new sails marked my promotion to beefsteak, her brass rails and awnings my first independent excursion up and down the corridor outside my door, and, incidentally, my return to a collar and tie.

The river shipping appealed to me, to my imagination, clean washed by my illness and ready as a child's for new impressions: liners gliding down to the bay and the open sea; shrewish, scolding tugs; dirty but picturesque tramps. My enthusiasm amused the nurses, whose ideas of adventure consisted of little jaunts of exploration into the abdominal cavity, and whose aseptic minds revolted at the sight of dirty sails.

One day I pointed out to one of them an old schooner, red and brown, with patched canvas spread, moving swiftly down the river before a stiff breeze.

"Look at her!" I exclaimed. "There goes adventure, mystery, romance! I should like to be sailing on her."

"You would have to boil the drinking-water," she replied dryly. "And the ship is probably swarming with rats."

"Rats," I affirmed, "add to the local color. Ships are their native habitat. Only sinking ships don't have them."

But her answer was to retort that rats carried bubonic plague, and to exit, carrying the sugar-bowl....