The Adventures of Mr. Mocker 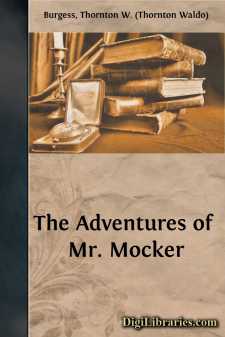 I THE LONE TRAVELER

When Mistress Spring starts from way down South to bring joy and gladness to the Green Meadows and the Green Forest, the Laughing Brook and the Smiling Pool, a great many travelers start with her or follow her. Winsome Bluebird goes just a little way ahead of her, for Winsome is the herald of Mistress Spring. Then comes Honker the Goose, and all the world hearing his voice from way, way, up in the blue, blue sky knows that truly Mistress Spring is on her way. And with her come Little Friend the Song Sparrow, and Cheerful Robin and Mr. and Mrs. Redwing. Then follow other travelers, ever so many of them, all eager to get back to the beautiful Green Forest and Green Meadows.

Now there are a few feathered folk who think the far away South is quite good enough for them to live there all the year round. Ol' Mistah Buzzard used to think that way. Indeed, he used to think that there was no place like the dear "Ol' Souf," and it wasn't until he went looking for his old friend, Unc' Billy Possum, who had come up to live in the Green Forest, that he found out how nice it is where the Laughing Brook dances down through the Green Forest to the Smiling Pool and then through the Green Meadows to the Big River. Now, when he is sure that there is no danger that he will have cold feet or that he will catch cold in his bald head, he likes to come up to spend the summer near Unc' Billy Possum.

Of course Ol' Mistah Buzzard has wonderful stories to tell when he goes back South in the fall, and all winter long he warms his toes on the chimney tops while he tells his friends about the wonderful things he has seen in his travels. Now there is a certain friend of his, and of Unc' Billy Possum, who had listened to these stories for a long time without seeming in the least interested. But he was. Yes, Sir, he was. He was so much interested that he began to wish he could see for himself all these things Ol' Mistah Buzzard was telling about. But he didn't say a word, not a word. He just listened and listened and then went on about his business.

But when all the other little people in feathers had flown to that far away country Ol' Mistah Buzzard had told about, even Ol' Mistah Buzzard himself, then did this friend of his, and of Unc' Billy Possum, make up his mind that he would go too. He didn't say anything about it to any one, but he just started off by himself. Now of course he didn't know the way, never having been that way before, but he kept on going and going, keeping out of sight as much as he could, and asking no questions. Sometimes he wondered if he would know the Green Forest when he reached it, and then he would remember how Ol' Mistah Buzzard dearly loves to fly round and round high up in the blue, blue sky.