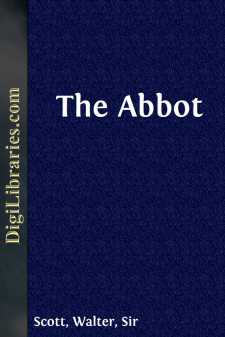 From what is said in the Introduction to the Monastery, it must necessarily be inferred, that the Author considered that romance as something very like a failure. It is true, the booksellers did not complain of the sale, because, unless on very felicitous occasions, or on those which are equally the reverse, literary popularity is not gained or lost by a single publication. Leisure must be allowed for the tide both to flow and ebb. But I was conscious that, in my situation, not to advance was in some Degree to recede, and being naturally unwilling to think that the principle of decay lay in myself, I was at least desirous to know of a certainty, whether the degree of discountenance which I had incurred, was now owing to an ill-managed story, or an ill-chosen subject.

I was never, I confess, one of those who are willing to suppose the brains of an author to be a kind of milk, which will not stand above a single creaming, and who are eternally harping to young authors to husband their efforts, and to be chary of their reputation, lest it grow hackneyed in the eyes of men. Perhaps I was, and have always been, the more indifferent to the degree of estimation in which I might be held as an author, because I did not put so high a value as many others upon what is termed literary reputation in the abstract, or at least upon the species of popularity which had fallen to my share; for though it were worse than affectation to deny that my vanity was satisfied at my success in the department in which chance had in some measure enlisted me, I was, nevertheless, far from thinking that the novelist or romance-writer stands high in the ranks of literature. But I spare the reader farther egotism on this subject, as I have expressed my opinion very fully in the Introductory Epistle to the Fortunes of Nigel, first edition; and, although it be composed in an imaginary character, it is as sincere and candid as if it had been written "without my gown and band."

In a word, when I considered myself as having been unsuccessful in the Monastery, I was tempted to try whether I could not restore, even at the risk of totally losing, my so-called reputation, by a new hazard—I looked round my library, and could not but observe, that, from the time of Chaucer to that of Byron, the most popular authors had been the most prolific. Even the aristarch Johnson allowed that the quality of readiness and profusion had a merit in itself, independent of the intrinsic value of the composition. Talking of Churchill, I believe, who had little merit in his prejudiced eyes, he allowed him that of fertility, with some such qualification as this, "A Crab-apple can bear but crabs after all; but there is a great difference in favour of that which bears a large quantity of fruit, however indifferent, and that which produces only a few."

Looking more attentively at the patriarchs of literature, whose earner was as long as it was brilliant, I thought I perceived that in the busy and prolonged course of exertion, there were no doubt occasional failures, but that still those who were favourites of their age triumphed over these miscarriages. By the new efforts which they made, their errors were obliterated, they became identified with the literature of their country, and after having long received law from the critics, came in some degree to impose it. And when such a writer was at length called from the scene, his death first made the public sensible what a large share he had occupied in their attention. I recollected a passage in Grimm's Correspondence, that while the unexhausted Voltaire sent forth tract after tract to the very close of a long life, the first impression made by each as it appeared, was, that it was inferior to its predecessors; an opinion adopted from the general idea that the Patriarch of Ferney must at last find the point from which he was to decline....