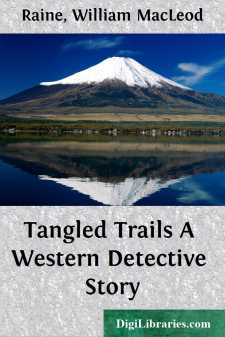 CHAPTER I NO ALTRUIST

Esther McLean brought the afternoon mail in to Cunningham. She put it on the desk before him and stood waiting, timidly, afraid to voice her demand for justice, yet too desperately anxious to leave with it unspoken.

He leaned back in his swivel chair, his cold eyes challenging her."Well," he barked harshly.

She was a young, soft creature, very pretty in a kittenish fashion, both sensuous and helpless. It was an easy guess that unless fortune stood her friend she was a predestined victim to the world's selfish love of pleasure, and fortune, with a cynical smile, had stood aside and let her go her way.

"Spit it out," he ordered curtly.

"I've got to do something . . . soon. Won't you—won't you—?" There was a wail of despair in the unfinished sentence.

James Cunningham was a grim, gray pirate, as malleable as cast iron and as soft. He was a large, big-boned man, aggressive, dominant, the kind that takes the world by the throat and shakes success from it. The contour of his hook-nosed face had something rapacious written on it.

"No. Not till I get good and ready. I've told you I'd look out for you if you'd keep still. Don't come whining at me. I won't have it."

Already he was ripping letters open and glancing over them. Tears brimmed the brown eyes of the girl. She bit her lower lip, choked back a sob, and turned hopelessly away. Her misfortune lay at her own door. She knew that. But— The woe in her heart was that the man she had loved was leaving her to face alone a night as bleak as death.

Cunningham had always led a life of intelligent selfishness. He had usually got what he wanted because he was strong enough to take it. No scrupulous nicety of means had ever deterred him. Nor ever would. He played his own hand with a cynical disregard of the rights of others. It was this that had made him what he was, a man who bulked large in the sight of the city and state. Long ago he had made up his mind that altruism was weakness.

He went through his mail with a swift, trained eye. One of the letters he laid aside and glanced at a second time. It brought a grim, hard smile to his lips. A paragraph read:

There's no water in your ditch and our crops are burning up. Your whole irrigation system in Dry Valley is a fake. You knew it, but we didn't. You've skinned us out of all we had, you damned bloodsucker. If you ever come up here we'll dry-gulch you, sure.

The letter was signed, "One You Have Robbed." Attached to it was a clipping from a small-town paper telling of a meeting of farmers to ask the United States District Attorney for an investigation of the Dry Valley irrigation project promoted by James Cunningham.

The promoter smiled. He was not afraid of the Government. He had kept strictly within the law. It was not his fault there was not enough rainfall in the watershed to irrigate the valley. But the threat to dry-gulch him was another matter....