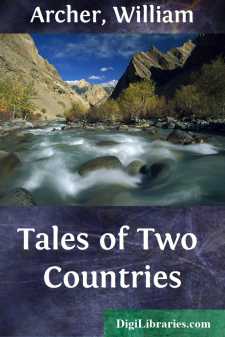 In June, 1867, about a hundred enthusiastic youths were vociferously celebrating the attainment of the baccalaureate degree at the University of Norway. The orator on this occasion was a tall, handsome, distinguished-looking young man named Alexander Kielland, from the little coast-town of Stavanger. There was none of the crudity of a provincial dither in his manners or his appearance. He spoke with a quiet self-possession and a pithy incisiveness which were altogether phenomenal.

"That young man will be heard from one of these days," was the unanimous verdict of those who listened to his clear-cut and finished sentences, and noted the maturity of his opinions.

But ten years passed, and outside of Stavanger no one ever heard of Alexander Kielland. His friends were aware that he had studied law, spent some winters in France, married, and settled himself as a dignitary in his native town. It was understood that he had bought a large brick and tile factory, and that, as a manufacturer of these useful articles, he bid fair to become a provincial magnate, as his fathers had been before him. People had almost forgotten that great things had been expected of him; and some fancied, perhaps, that he had been spoiled by prosperity. Remembering him, as I did, as the most brilliant and notable personality among my university friends, I began to apply to him Malloch's epigrammatic damnation of the man of whom it was said at twenty that he would do great things, at thirty that he might do great things, and at forty that he might have done great things.

This was the frame of mind of those who remembered Alexander Kielland (and he was an extremely difficult man to forget), when in the year 1879 a modest volume of "novelettes" appeared, bearing his name. It was, to all appearances, a light performance, but it revealed a sense of style which made it, nevertheless, notable. No man had ever written the Norwegian language as this man wrote it. There was a lightness of touch, a perspicacity, an epigrammatic sparkle and occasional flashes of wit, which seemed altogether un-Norwegian. It was obvious that this author was familiar with the best French writers, and had acquired through them that clear and crisp incisiveness of utterance which was supposed, hitherto, to be untransferable to any other tongue.

As regards the themes of these "novelettes" (from which the present collection is chiefly made up), it was remarked at the time of their first appearance that they hinted at a more serious purpose than their style seemed to imply. Who can read, for instance, "Pharaoh" (which in the original is entitled "A Hall Mood") without detecting the revolutionary note which trembles quite audibly through the calm and unimpassioned language? There is, by-the-way, a little touch of melodrama in this tale which is very unusual with Kielland. "Romance and Reality," too, is glaringly at variance with the conventional romanticism in its satirical contributing of the pre-matrimonial and the post-matrimonial view of love and marriage....