Stories of the Border Marches 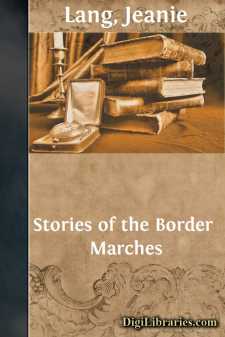 STORIES OF THE BORDER MARCHES THE WHITE LADY OF BLENKINSOPP

Among the old castles and peel towers of the Border, there are few to which some tale or other of the supernatural does not attach itself. It may be a legend of buried treasure, watched over by a weeping figure, that wrings its hands; folk may tell of the apparition of an ancient dame, whose corpse-like features yet show traces of passions unspent; of solemn, hooded monk, with face concealed by his cowl, who passes down the castle's winding stair, telling his beads; they whisper, it may be, of a lady in white raiment, whose silken gown rustles as she walks. Or the tale, perhaps, is one of pitiful moans that on the still night air echo through some old building; or of the clank of chains, that comes ringing from the damp and noisome dungeons, causing the flesh of the listener to creep.

They are all to be found, or at least they used all to be found, somewhere or other in the Border, by those who love such legends. And, perhaps, nowhere are they more common than amongst the crumbling, grass-grown ruins of Northumberland.

Away, far up the South Tyne, and up its tributary the Tipalt Burn, close to the boundary of Cumberland, there stands all that is left of an ancient castle, centuries ago the home of an old and once powerful family. The building dates probably from early in the fourteenth century. In the year 1339 "Thomas de Blencansopp" received licence to fortify his house on the Scottish Border, and it is supposed that he then built this castle.

Truly that was a part of England where a man had need be careful in his building if he desired to sleep securely and with a whole skin, for on all sides of him were wild and turbulent neighbours. From the strenuous day of the old Romans, who built across those hills that long line of wall, which stands yet in parts solid and strong, for centuries the countryside was lawless and unruly, the inhabitants "ill to tame," and every man a freebooter. The Thirlwalls, the Ridleys, the Howards of Naworth, the wild men of Bewcastle; the Armstrongs, Elliots, Scotts, and others across the Border, they were all of them—they and their forebears to the earliest times—of the stuff that prefers action, however stormy, to inglorious peace and quiet, and the man who "kept up his end" in their neighbourhood could be no weakling.

Whether the Blenkinsopps were strong enough permanently to hold their property intact among such neighbours one does not know, but at any rate, in 1488 John de Blenkinsopp and his son Gerrard committed the castle to the custody of Henry Percy, Earl of Northumberland, Warden of the East and Middle Marches. Percy's care of the building, however, does not seem to have been particularly zealous, or else "the false Scottes" had again, as was their wont, proved themselves to be unpleasant neighbours, for in 1542 the place is described as "decayed in the Roof, and not in good reparation."

Before this date, however, there had been at least one of the Blenkinsopp family on whose reputation for daring and strength no man might cast doubt....