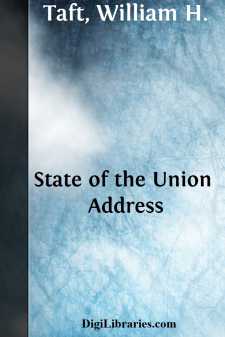 The relations of the United States with all foreign governments have continued upon the normal basis of amity and good understanding, and are very generally satisfactory. EUROPE.

Pursuant to the provisions of the general treaty of arbitration concluded between the United States and Great Britain, April 4, 1908, a special agreement was entered into between the two countries on January 27, 1909, for the submission of questions relating to the fisheries on the North Atlantic Coast to a tribunal to be formed from members of the Permanent Court of Arbitration at The Hague.

In accordance with the provisions of the special agreement the printed case of each Government was, on October 4 last, submitted to the other and to the Arbitral Tribunal at The Hague, and the counter case of the United States is now in course of preparation.

The American rights under the fisheries article of the Treaty of 1818 have been a cause of difference between the United States and Great Britain for nearly seventy years. The interests involved are of great importance to the American fishing industry, and the final settlement of the controversy will remove a source of constant irritation and complaint. This is the first case involving such great international questions which has been submitted to the Permanent Court of Arbitration at The Hague.

The treaty between the United States and Great Britain concerning the Canadian International boundary, concluded April 11, 1908, authorizes the appointment of two commissioners to define and mark accurately the international boundary line between the United States and the Dominion of Canada in the waters of the Passamaquoddy Bay, and provides for the exchange of briefs within the period of six months. The briefs were duly presented within the prescribed period, but as the commissioners failed to agree within six months after the exchange of the printed statements, as required by the treaty, it has now become necessary to resort to the arbitration provided for in the article.

The regulations will be duly submitted to Congress with a view to the enactment of such legislation as will be necessary under the convention to put them into operation.

The Convention providing for the settlement of international differences between the United States and Canada, including the apportionment between the two countries of certain of the boundary waters and the appointment of commissioners to adjust certain other questions, signed on the 11th day of January, 1909, and to the ratification of which the Senate gave its advice and consent on March 3, 1909, has not yet been ratified on the part of Great Britain.