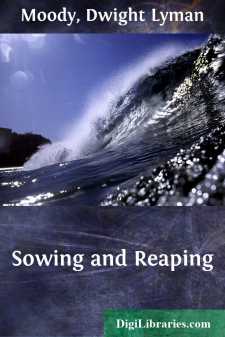 I think this passage contains truths that no infidel or sceptic will dare to deny. There are some passages in the Word of God that need no other proof than that which we can easily find in our daily experience. This is one of them. If the Bible were to be blotted out of existence, the words I have quoted would be abundantly verified by what is constantly happening around us. We have only to take up the daily papers to see them being fulfilled before our eyes.

I remember giving out this text once when a man stood right up in the audience and said:

He didn’t want to believe it. When the meeting broke up, an officer was at the door to arrest him. He was tried and sent to the penitentiary for twelve months for stealing. I really believe that when he got into his cell, he believed that he had to reap what he sowed.

We might as well try to blot the sun out of the heavens as to blot this truth out of the Word of God. It is heaven’s eternal decree. The law has been enforced for six thousand years. Did not God make Adam reap even before he left Eden? Had not Cain to reap outside of Eden? A king on the throne, like David, or a priest behind the altar, like Eli; priest and prophet, preacher and hearer, every man must reap what he sows. I believed it ten years ago, but I believe it a hundred times more to-day.

My text applies to the individual, whether he be saint or sinner or hypocrite who thinks he is a saint; it applies to the family; it applies to society; it applies to nations. I say the law that the result of actions must be reaped is as true for nations as for individuals; indeed, some one has said that as nations have no future existence, the present world is the only place to punish them as nations. See how God has dealt with them. See if they have not reaped what they sowed. Take Amalek: “Remember what Amalek did unto thee by the way, when ye were come forth out of Egypt; how he met thee, by the way, and smote the hindmost of thee, even all that were feeble behind thee, when thou wast faint and weary; and he feared not God.” What was to be the result of this attack? Was it to go unpunished? God ordained that Amalek should reap as they sowed, and the nation was all but wiped out of existence under King Saul.