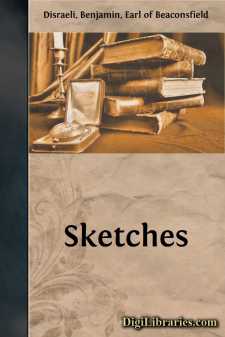 ALTHOUGH the deepest shades of twilight had descended upon the broad bosom of the valley, and the river might almost be recognised only by its rushing sound, the walls and battlements of the castle of Charolois, situate on one of the loftiest heights, still blazed in the reflected radiance of the setting sun, and cast, as it were, a glance of triumph at the opposing castle of Branchimont, that rose on the western side of the valley, with its lofty turrets and its massy keep black and sharply defined against the resplendent heaven.

Deadly was the hereditary feud between the powerful lords of these high places—the Counts of Charolois and the Barons of Branchimont, but the hostility which had been maintained for ages never perhaps raged with more virulence than at this moment; since the only male heir of the house of Charolois had been slain in a tournament by the late Baron of Branchimont, and the distracted father had avenged his irreparable loss in the life-blood of the involuntary murderer of his son.

Yet the pilgrim, who at this serene hour might rest upon his staff and gaze on the surrounding scene, would hardly deem that the darkest passions of our nature had selected this fair and silent spot for the theatre of their havoc.

The sun set; the evening star, quivering and bright, rose over the dark towers of Branchimont; from the opposite bank a musical bell summoned the devout vassals of Charolois to a beautiful shrine, wherein was deposited the heart of their late young lord, and which his father had raised on a small and richly wooded promontory, distant about a mile from his stern hold.

At the first chime on this lovely eve came forth a lovelier maiden from the postern of Charolois—the Lady Imogene, the only remaining child of the bereaved count, attended by her page, bearing her book of prayers. She took her way along the undulating heights until she reached the sanctuary. The altar was illumined; several groups were already kneeling,—faces of fidelity well known to their adored lady; but as she entered, a palmer, with his broad hat drawn over his face, and closely muffled up in his cloak, dipped his hand at the same time with hers in the fount of holy water placed at the entrance of of the shrine, and pressed the beautiful fingers of the Lady Imogene. A blush, unperceived by the kneeling votaries, rose to her cheek; but apparently such was her self-control, or such her deep respect for the hallowed spot, that she exhibited no other symptom of emotion, and, walking to the high altar, was soon buried in her devotions.

The mass was celebrated—the vassals rose and retired. According to her custom, the Lady Imogene yet remained, and knelt before the tomb of her brother. A low whisper, occasionally sounding,-assured her that someone was at the confessional; and soon the palmer, who was now shrived, knelt at her side. 'Lothair!' muttered the lady, apparently at her prayers, 'beloved Lothair, thou art too bold!'