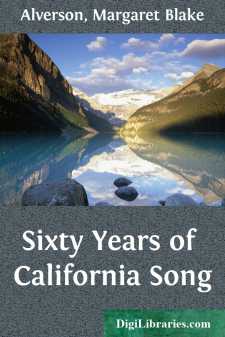 CHAPTER ONE ANTECEDENTS AND CHILDHOOD

S FAR back as I can remember my life was associated with music. Father and mother were both highly gifted. In our family were three boys and seven girls, and each possessed a voice of unusual excellence. The looked-for pleasure every day was the morning and evening worship at which the family gathered in the sitting room to hear the word of God explained by my father, Rev. Henry Kroh, D.D. The dear old German hymns, Lobe den Herren, O Meine Seele, Christie, du Lamm Gottes and others, were as familiar to me as the English hymns of today, such as Nearer my God to Thee and All Hail the Power of Jesus' Name. We were not blessed with children's songs, as are the children of today, but sang the same hymns as the older members of the congregation.

Father was descended from a royal Holland family. One of his ancestors was the favorite sister of Admiral Theobold Metzger, Baron of Brada, Major-General of all the Netherlands, who died of paralysis in the sixty-sixth year of his life, February 23, 1691, in the house of the Duke of Chamburg. He had gone with other lords and nobles of the land to Graven Hage to swear allegiance to William III., King of Great Britain, who had just come over from London as the regent of the Netherlands. Even the physician in ordinary, who was sent by the King, was unable to save him. By order of the King his body was placed in a vault in the church on High Street in Brada, March 19, 1691, with extraordinary honor and ceremonies. He had acquired large possessions and wealth, therefore the King ordered that the large estate of the deceased should be taken care of, and placed it under the care of William von Schuylenburg, council of the King. At the same time notice was sent to all princes and potentates in whose countries there was property of the deceased to support His Majesty in this undertaking. Three weeks before his death he had made his will and had given the name of his parents and his five brothers and two sisters.

His sister Barbara was my great-grandmother. After the death of my granduncle some of the family came to America. They were not aware of the death of their distinguished brother and the heirs did not claim the vast fortune, which amounted to 20,000,000 guilders at that time and now with compound interest should be to 200,000,000 to 300,000,000 guilders, and is still in the possession of the King and in the treasuries of the Netherlands. The heirs have been deprived of it all these years, although they have from one generation to another fought the case. At the same time the authorities of Holland are not a little in doubt and are embarrassed for reasons to justify keeping the Metzger von Weibnom estate for Holland.

But the reason of all their decisions, answers and refusals is the unmistakable intention to keep the estate for themselves, even at the cost of truth, justice and honor. The will has been suppressed. We have proof that General Rapp in 1794 at the occupation of Brada had taken the will, dated February 2, 1691, from the city magistrate to carry it to Strassburg for safety....