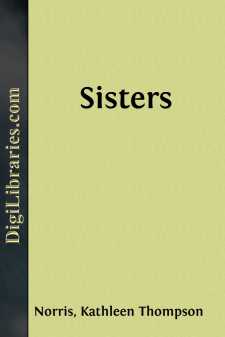 Cherry Strickland came in the door of the Strickland house, and shut it behind her, and stood so, with her hands behind her on the knob, and her slender body leaning forward, and her breath rising and falling on deep, ecstatic breaths. It was May in California, she was just eighteen, and for twenty-one minutes she had been engaged to be married.

She hardly knew why, after that last farewell to Martin, she had run so swiftly up the path, and why she had flashed into the house, and closed the door with such noiseless haste. There was nothing to run for! But it was as if she feared that the joy within her might escape into the moonlight night that was so perfumed with lilacs and the scent of wet woods. In this new happiness of hers a fear was already mingled, a sweet fear, truly, and a delicious fear, but she had never feared anything before in her life. She was afraid now that it was all too wonderful to be true, that she would awaken in the morning to find it only a dream, that she would somehow fall short of Martin's ideal— somehow fail him—somehow turn all this magic of moonshine and kisses into ashes and heartbreak.

She was a miser with her treasure, already; she wanted to fly with it, and to hide it away, and to test its reality in secret, alone. She had come running in from the wonderland down by the gate, just for this, just to prove to herself that it would not vanish in the commonplaceness of the shabby hall, would not disappear before the everyday contact of everyday things.

There was moonlight here, too, falling in clear squares on the stairway landing, white and mysterious and bewitching, but on the other side of the hall was wholesome, cheerful lamplight creeping in a warm streak under the sitting-room door.

Dad was in the sitting room, with the girls. The doctor's house was full of girls. Anne, his niece, was twenty-four; Alix, Cherry's sister, three years younger—how staid and unmarried and undesired they seemed to-night to panting and glowing and glorified eighteen! Anne, with Alix's erratic help, kept house for her uncle, and was supposed to keep a sharp eye on Cherry, too. But she hadn't been sharp enough to keep Martin Lloyd from asking her to marry him, exulted Cherry, as she stood breathless and laughing in the dark hallway.

Cherry had never had any other home than this shabby brown bungalow, and she knew every inch of the hall, even without light to see it. She knew the faded rugs, and the study door that swallowed up her father every day, and the table where Alix had put a great bowl of buttercups, and the glass-paned door at the back through which the doctor's girls had looked out at many a frosty morning, and red sunset, and sun-steeped summer afternoon. But even the old hall had seemed transformed to-night, lighted with a beauty quite new, scented with an immortal sweetness.

Hong came out of the dining room; the varnished buttercups twinkled in a sudden flood of light. He had come to put a folded tablecloth into the old wardrobe that did for a sideboard, under the stairs....