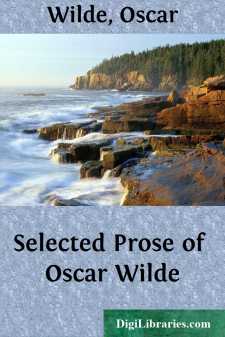 HOW THEY STRUCK A CONTEMPORARY

There is such a thing as robbing a story of its reality by trying to make it too true, and The Black Arrow is so inartistic as not to contain a single anachronism to boast of, while the transformation of Dr. Jekyll reads dangerously like an experiment out of the Lancet.  As for Mr. Rider Haggard, who really has, or had once, the makings of a perfectly magnificent liar, he is now so afraid of being suspected of genius that when he does tell us anything marvellous, he feels bound to invent a personal reminiscence, and to put it into a footnote as a kind of cowardly corroboration.  Nor are our other novelists much better.  Mr. Henry James writes fiction as if it were a painful duty, and wastes upon mean motives and imperceptible ‘points of view’ his neat literary style, his felicitous phrases, his swift and caustic satire.  Mr. Hall Caine, it is true, aims at the grandiose, but then he writes at the top of his voice.  He is so loud that one cannot bear what he says.  Mr. James Payn is an adept in the art of concealing what is not worth finding.  He hunts down the obvious with the enthusiasm of a short-sighted detective.  As one turns over the pages, the suspense of the author becomes almost unbearable.  The horses of Mr. William Black’s phaeton do not soar towards the sun.  They merely frighten the sky at evening into violent chromolithographic effects.  On seeing them approach, the peasants take refuge in dialect.  Mrs. Oliphant prattles pleasantly about curates, lawn-tennis parties, domesticity, and other wearisome things.  Mr. Marion Crawford has immolated himself upon the altar of local colour.  He is like the lady in the French comedy who keeps talking about “le beau ciel d’Italie.”  Besides, he has fallen into the bad habit of uttering moral platitudes.  He is always telling us that to be good is to be good, and that to be bad is to be wicked.  At times he is almost edifying.  Robert Elsmere is of course a masterpiece—a masterpiece of the “genre ennuyeux,” the one form of literature that the English people seems thoroughly to enjoy.  A thoughtful young friend of ours once told us that it reminded him of the sort of conversation that goes on at a meat tea in the house of a serious Nonconformist family, and we can quite believe it.  Indeed it is only in England that such a book could be produced.  England is the home of lost ideas.  As for that great and daily increasing school of novelists for whom the sun always rises in the East-End, the only thing that can be said about them is that they find life crude, and leave it raw.—The Decay of Lying.

THE QUALITY OF GEORGE MEREDITH

Ah!  Meredith!  Who can define him?  His style is chaos illumined by flashes of lightning.  As a writer he has mastered everything except language: as a novelist he can do everything, except tell a story: as an artist he is everything except articulate.  Somebody in Shakespeare—Touchstone, I think—talks about a man who is always breaking his shins over his own wit, and it seems to me that this might serve as the basis for a criticism of Meredith’s method.  But whatever he is, he is not a realist.  Or rather I would say that he is a child of realism who is not on speaking terms with his father.  By deliberate choice he has made himself a romanticist.  He has refused to bow the knee to Baal, and after all, even if the man’s fine spirit did not revolt against the noisy assertions of realism, his style would be quite sufficient of itself to keep life at a respectful distance.  By its means he has planted round his garden a hedge full of thorns, and red with wonderful roses.  As for Balzac, he was a most remarkable combination of the artistic temperament with the scientific spirit.  The latter he bequeathed to his disciples.  The former was entirely his own.  The difference between such a book as M....