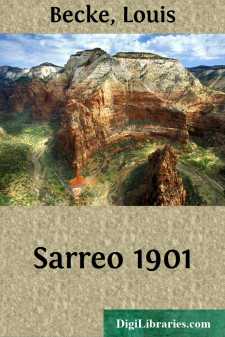 "Well, there's niggers an' niggers, some just as good as any white man," said Mr. Thomas Potter as he, the second mate of the island-trading barque Reconnaisance, and Denison the supercargo, walked her short, stumpy poop one night, "though when I was before the mast I couldn't stand one of 'em bunking too close to me—not for a long time. But after awhile I found out that a Kanaka or a Maori is better than the usual run of the paint-scrubbing Jack Dog who calls himself a sailorman nowadays. Why, I've never seen a native sailor yet as was dirty in his habits—they're too fond o' the water. Look at these Rotumah chaps aboard here—if there's a calm they'll jump overboard and take a swim instead of turning in when it's their watch below. Bah, white sailors ain't worth feeding in this Island trade—lazy, dirty, useless brutes; a Kanaka is worth three of any one of 'em. Did you notice that photograph in my cabin—that one showing a ship's company standing on deck?"

"Yes, I did," replied Denison.

"Well, that's the crew of the Fanny Long, and amongst 'em is a fellow I'm goin' to tell you about—a chap named Sarréo. We had that picture taken in Hobart after we had come back from a sperm whaling cruise. We had been very lucky, and the skipper and owners had all our photographs taken in a group. I was second mate, and this Sarréo was one of the boatsteerers. Him and me had been shipmates before, once in the old Meteor barque, nigger-catching for the Fiji planters, and once in a New Bedford sperm whaler, and he had taken a bit of a liking to me, so whenever I got a new ship he generally shipped too.

"Well, I was tired of whaling; I had two ribs broke on that cruise in the Fanny Lang, by a boat being stove in by a whale. So after I had got my money I walked out of the office, thinking of going to Sydney by the steamboat, when up comes Sarréo.

"'Going to Sydney to look for another ship.'

"Sure enough, when I went on board the steamer there he was for'ard sitting on his chest, smoking his pipe, an' waiting for me.

"In Sydney there was a fine big lump of a schooner just fitting out for a trading cruise to the Solomon Islands, and I happened to know the skipper, who worked it for me with the owners and I got the berth of chief mate; and Sarréo (who used to come every day to the place I was staying at to ask me not to forget him) was shipped as an A.B.

"What sort of a looking man? Well, he was a short, square-built chap, with a chest like a working bullock. He was rather darker than a Samoan or a Tahiti man, owing to a seafaring life, and had straight, black hair. He only spoke as a rule when he was spoken to, and kept himself pretty much aloof from the rest of the hands, though he wasn't by any means sulky."

"Where did he hail from?" Denison inquired.

"Ah, now you're asking, sir. There was a beast of a supercargo—I beg pardon, sir, for forgetting myself—a reg'lar flash, bullying pig of a fellow, with us that trip. He put on as many airs as if he owned the whole blooming Pacific. Well, one day he was straightening up his trade-room, and calls for a couple of hands to help, and the skipper sent Sarréo and another native sailor to him. We were then lying at anchor in Marau Sound, in the Solomons, and the sun was hot enough to blister the gates o' hell, and presently the supercargo comes on deck and slings his fat, ugly carcase into a deck chair under the awning and says—

"'That's a smart fellow, that Sarréo, Potter. Where does he come from?'

"Now I didn't know, and said so; so Mr. Supercargo grunts and says that he'd ask him himself. Presently up comes Sarréo and the other native—they were going for'ard for their dinner.

"'Here, I say you,' said the supercargo to Sarréo, touching him on the calf of the leg with his foot as he was passing, 'what island you belong to, eh?'

"Sarréo turned like lightning, and I caught a sight of his face....