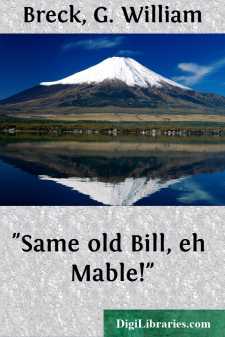 Were in sunny France at last. I cant tell you much about it yet on account of its havin been so foggy since we got here. We didnt deboat in Paris as I was expectin. We sailed up a river to a town with a wall around it and got off there. I dont know what the wall was for unless to keep people in. They certinly wouldnt need one to keep anybody out of that place. Were now in what they call a rest camp. If this is restin then all they say about war is true.

For the last two days weve been unpackin boats. You havnt any idear how refreshin it is to pile up about 5 milyon cases of corn Willie. Ive been puttin on weight ever since I got here but its all been on my back.

Some of the fellos think they got us mixed up with one of these Steva Dora regiments. It dont seem to worry the Captin much. Theres no reason it should tho. All he has to do is to sit on a box an keep the quartermaster from gettin over-stocked on cigars.

The day we got in they tied us out in the middle of the river. They left us there so long that there was a roomer the war was over an we was goin to turn around an go home. When it comes to takin that trip right over agen I say on with the war.

We lay around there so long I was beginnin to feel like the keeper of a light ship. Then they got into an awful hurry all of a sudden an piled pretty near the whole boat load onto one coal barge. Our Bilitin oficer met us at the dock. Hed been over here a month gettin things fixed up for us. From the way he acted youd think he was the fello that invented the war.

After that we got out in the country and marched till my pack gained a hundred an fifty pounds an my tung was lyin on my chest. Joe said we needed a rest camp after a hike like that. When wed walked about six miles, or killen meters as they call them over here, we turned into a bare field. The Bilitin oficer said that was the camp.

Just then it started to rain. The Captin told the Top to make us all comfortable. Then he remembered some business in town and went away before he had a chance to hear any first impreshuns about rest camps. The Bilitin oficer must have wore himself out findin us a nice place like this with only a month to do it in. Id like to see what hed turn out if he only had a couple of days. It rained all night. When I get home Ill be able to put in a good night in the swimmin pool of a Turks bath.

The next mornin we started in on intensive restin. We unpacked a whole boat out onto a dock. Then some General came along. I guess he thought we still looked a little peaked. He says "Just run that stuff into the shed across the tracks." The place he called a shed would have made a nice hanger for the New York Central stashun.

They tell me now were not goin right up to the front. We got to go to school agen to learn something. If I had a diploma for every school I been to in the last year my room would look like a dentle parlor.

The French seem glad to see us but they cant express themselves very well. They dont seem to talk the same kind of French the fello learned us in the Y.M.C.A....