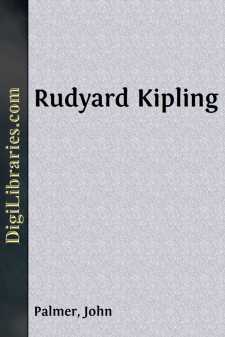 There is a tale of Mr Kipling which relates how Eustace Cleever, a celebrated novelist, came to the rooms of a young subaltern and his companions who were giving an account of themselves. Eustace Cleever was a literary man, and was greatly impressed when he learned that one of the company, who was under twenty-five and was called the Infant, had killed people somewhere in Burma. He was suddenly caught by an immense enthusiasm for the active life—the sort of enthusiasm which sedentary authors feel. Eustace Cleever ended the night riotously with youngsters who had helped to govern and extend the Empire; and he returned from their company incoherently uttering a deep contempt for art and letters.

But Eustace Cleever was being observed by the First Person Singular of Mr Kipling's tale. This receiver of confidences perceived what was happening, and he has the last word of the story:

"Whereby I understood that Eustace Cleever, decorator and colourman in words, was blaspheming his own Art and would be sorry for this in the morning."

We have here an important clue to Mr Kipling and his work. Mr Kipling writes of the heroic life. He writes of men who do visible and measurable things. His theme has usually to do with the world's work. He writes of the locomotive and the engineer; of the mill-wheel and the miller; of the bolts, bars and planks of a ship and the men who sail it. He writes, in short, of any creature which has work to do and does it well. Nevertheless we must not be misled into thinking that because Mr Kipling glorifies all that is concrete, practical, visible and active he is therefore any the less purely and utterly a literary man. Mr Kipling seems sometimes to write as an engineer, sometimes as a soldier. At times we would wager that he had spent all his life as a Captain of Marines, or as a Keeper of Woods and Forests, or as a Horse-Dealer. He gives his readers the impression that he has lived a hundred lives, mastered many crafts, and led the life, not of one, but of a dozen, active and practical men of affairs. He has created about himself so complete an illusion of adventure and enterprise that it seems almost the least important thing about him that he should also be a writer of books. His readers, indeed, are apt to forget the most important fact as to Mr Kipling—the fact that he is a man of letters. He seems to belong rather to the company of young subalterns than to the company of Eustace Cleever.

Hence it is necessary to consider closely the moral of that excellent tale. When Eustace Cleever blasphemed against his art, Mr Kipling predicted he would be sorry for it. Mr Kipling recorded that prediction because he had the best of reasons to know how Eustace Cleever would feel upon the morning after his debauch of enthusiasm for the heroic life. Let each man keep to his work, and know how good it is to do that work as well as it can be done. Eustace Cleever's work was to live the life of imagination and to handle English words—work as difficult to do and normally as useful as the job of the Infant....