Religion and Art in Ancient Greece 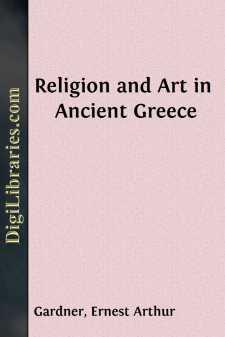 CHAPTER I INTRODUCTION—IDOLATRY AND IMAGINATION

The relation of religion to art has varied greatly among different peoples and at different periods. At the one extreme is the uncompromising puritan spirit, which refuses to admit any devices of human skill into the direct relations between God and man, whether it be in the beauty of church or temple, in the ritual of their service, or in the images which they enshrine. Other religions, such as those of the Jews or of Islam, relegate art to a subordinate position; and while they accept its services to decorate the buildings and apparatus connected with divine worship, forbid any attempt to make a visible representation of the deity. Modern Christianity, while it does not, as a rule, repeat this prohibition, has varied greatly from time to time and from country to country as to the extent to which it allows such representations. Probably the better educated or more thoughtful individuals would in every case regard them merely as symbolic aids to induce the concentration and intensity of religious ideas and aspirations; but there is no doubt that among the common people they tend to become actually objects of worship in themselves. It is instructive to turn to a system in which idolatry, the worship of images, was an essential part of orthodox religious observance. It is easy and customary with a certain class of minds to dismiss all such examples of idolatry with a superficial generalisation such as "the heathen in his blindness bows down to stock and stone." But it seems worth while to devote a short study to an attempt to understand how such a system worked in the case of a people like the ancient Greeks, who possessed to a degree that has never been surpassed both clearness of intellectual perception and a power to embody their ideals in artistic form. Whether it tended to exalt or to debase religion may be a doubtful question; but there can be no doubt that it gave an inspiration to art which contributed to the unrivalled attainments of the Greeks in many branches of artistic creation. We shall be mainly concerned here with the religion of Greece as it affected the art of sculpture; but before attempting a historical summary it is necessary for us to understand exactly what we mean by the worship of representations of the gods, and to consider the nature of the influence which such representation must have upon artistic activity.

Idolatry—the worship of images—is almost always used by us in a bad sense, owing, no doubt, chiefly to the usage of the word in the Jewish scriptures. Mr. Ruskin, in his chapter on the subject in his Aratra Pentelici, points out that it may also be used in a good sense, though he prefers to use the word imagination in this meaning. There is doubtless a frequent tendency to failure to

but there is no essential reason why the contemplation of a beautiful statue, embodying a worthy conception of the deity, should not be as conducive to a state of worship and communion as is an impressive ritual or ceremony, or any other aid to devotion....