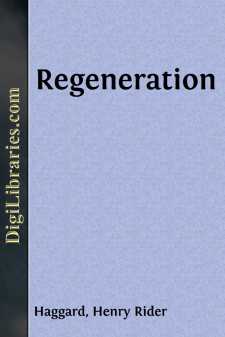 INTRODUCTORY WHAT IS THE SALVATION ARMY?

If this question were put to the ordinary person of fashion or leisure, how would it be answered?

In many cases thus: 'The Salvation Army is a body of people dressed up in a semi-military uniform, or those of them who are women, in unbecoming poke bonnets, who go about the streets making a noise in the name of God and frightening horses with brass bands. It is under the rule of an arbitrary old gentleman named Booth, who calls himself a General, and whose principal trade assets consist in a handsome and unusual face, and an inexhaustible flow of language, which he generally delivers from a white motor-car wherever he finds that he can attract the most attention. He is a clever actor in his way, who has got a great number of people under his thumb, and I am told that he has made a large fortune out of the business, like the late prophet Dowie, and others of the same sort. The newspapers are always exposing him; but he knows which side his bread is buttered and does not care. When he is gone no doubt his family will divide up the cash, and we shall hear no more of the Salvation Army!'

Such are still the honest beliefs of thousands of our instructed fellow-countrymen, and of hundreds of thousands of others of less degree belonging to the classes which are generally typified under the synonym of 'the man in the street,' by which most people understand one who knows little, and of that little nothing accurately, but who decides the fate of political elections.

Let us suppose, however, that the questioner should succeed in interesting an intelligent and fair-minded individual holder of these views sufficiently to induce him to make inquiry into the facts concerning this Salvation Army. What would he then discover?

He would discover that about five and forty years ago some impulse, wherever it may have come from, moved a Dissenting minister, gifted with a mind of power and originality, and a body of great strength and endurance, gifted, also, with an able wife who shared his views, to try, if not to cure, at least to ameliorate the lot of the fallen or distressed millions that are one of the natural products of high civilization, by ministering to their creature wants and regenerating their spirits upon the plain and simple lines laid down in the New Testament. He would find, also, that this humble effort, at first quite unaided, has been so successful that the results seem to partake of the nature of the miraculous.

Thus he would learn that the religious Organization founded by this man and his wife is now established and, in most instances, firmly rooted in 56 Countries and Colonies, where it preaches the Gospel in 33 separate languages: that it has over 16,000 Officers wholly employed in its service, and publishes 74 periodicals in 20 tongues, with a total circulation of nearly 1,000,000 copies per issue: that it accommodates over 28,000 poor people nightly in its Institutions, maintaining 229 Food Dépôts and Shelters for men, women, and children, and 157 Labour Factories where destitute or characterless people are employed: that it has 17 Homes for ex-criminals, 37 Homes for children, 116 Industrial Homes for the rescue of women, 16 Land Colonies, 149 Slum Stations for the visitation and assistance of the poor, 60 Labour Bureaux for helping the unemployed, and 521 Day Schools for children: that, in addition to all these, it has Criminal and General Investigation Departments, Inebriate Homes for men and women, Inquiry Offices for tracing lost and missing people, Maternity Hospitals, 37 Homes for training Officers, Prison-visitation Staffs, and so on almost ad infinitum....