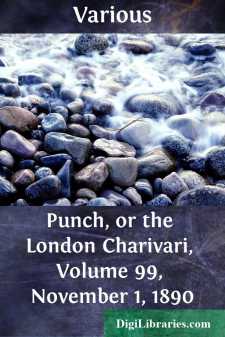 Those who live much in the society of the very middle-aged, hear from them loud and frequent complaints of the decay of courtesy and the general deterioration, both of manners and of habits, observable in the young men of the day. With many portentous shakings of the head, these grizzling censors inform those who care to listen to their wailings, that in the time of their own youth it was understood to be the duty of young men to be modest, considerate, generous in their treatment of one another, and chivalrous in their behaviour to women. And every one of them will probably suggest to his hearers that he was intimately acquainted with at least one young man who fulfilled that duty with a completeness and a perfection never since attained. Now, however, they will declare, the case is different. Young men have become selfish and arrogant. Their respect for age has vanished, their behaviour to ladies is familiar and flippant, their style of conversation is slangy and disreputable, they are wanting in all proper reverence, they are pampered, luxurious, affected, foolish, and disingenuous; unworthy, in short, to be mentioned in the same breath with those who have preceded them, and have left to their degenerate successors a brilliant but unavailing example of youthful conduct. These diatribes may or may not be founded to some extent in truth. At the best, however, their truth is only a half-truth. So long as the world endures, it is probable that young men will have a large allowance of follies, of affectations, of extravagances, and the young men of to-day are certainly not without them. But, in the main, though the task of comparison is difficult, they do not appear to be at all inferior in manliness, in modesty of bearing, and in reverence to the generations that have gone before. Here and there in London the antics of some youth plunged into a torrent of folly before he had had time even to think of being wise, excite the comments of the world. But London is not the school to which one would look for youth at its best. To find that in any considerable quantity one must travel either to Cambridge or to Oxford, and inspect the average undergraduates, who form the vast majority at both these Universities.

Now the Average Undergraduate, as he exists, and has for ages existed, is not, perhaps, a very wise young man. Nor does he possess those brilliant qualities which bring the Precocious Undergraduate to premature ruin. He has his follies, but4 they are not very foolish; he has his affectations, but they are innocent; he has his extravagances, but they pass away, and leave him not very much the worse for the experience. On the whole, however, he is a fine specimen of the young Englishman—brave, manly, loyal, and upright. He is the salt of his University, and an honour to the country that produces him.

The Average Undergraduate will have been an average schoolboy, not afflicted with too great a love of classics or mathematics, and gifted, unfortunately, with a fine contempt for modern languages....