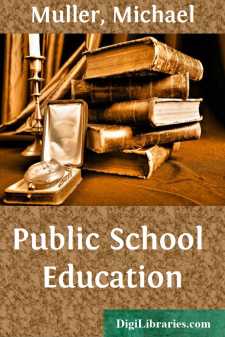 American fellow-citizens—America is my home! I have no other country. After my God and my religion, my country is the dearest object of my life! I love my country as dearly as any one else can. It is this love that makes my heart bleed when I call to mind the actual state of society in our country, and the principles that prevail everywhere. It is indeed but too true that we live in a most anti-Christian age; principles are disregarded, and iniquity is held in veneration. We see nothing but confusion in religion, in government, in the family circle. Sects spring up and swarm like locusts, destroying not only revealed religion, but rejecting even the law of nature. Fraud, theft, and robbery are practised almost as a common trade. The press justifies rebellion, secret societies, and plots for the overthrow of established governments. The civil law, by granting divorce, has broken the family tie. Children are allowed to grow up in ignorance of true religious principles, and thereby become regardless of their parents. The number of apostates from Christianity is on the increase, at least in the rising generation. Current literature is penetrated with the spirit of licentiousness, from the pretentious quarterly to the arrogant and flippant daily newspaper, and the weekly and monthly publications are mostly heathen or maudlin. They express and inculcate, on the one hand, stoical, cold, and polished pride of mere intellect, or on the other, empty and wretched sentimentality. Some employ the skill of the engraver to caricature the institutions and offices of the Christian religion, and others to exhibit the grossest forms of vice, and the most distressing scenes of crime and suffering. The illustrated press has become to us what the amphitheatre was to the Romans when men were slain, women were outraged, and Christians given to the lions to please a degenerate populace. The number of the most unnatural crimes is beyond computation. A wide-spread and deep-seated dishonesty and corruption has, like some poisonous virus, inoculated the great body of our public men in national, state, and municipal positions, so much so that rascality seems to be the rule, and honesty the exception. Real statesmanship has departed from amongst us; neither the men nor the principles of the olden time exist any longer.

The shameless cynicism with which the great public plunderers of our day brazen out their infamy, is only equalled by the apathy with which the public permits these robberies, and condone for them by lavishing place and power upon the offenders. "The way of the transgressor" has ceased to be "hard"—unless he be a transgressor of very low degree—and rascality rides rampant over the land, from the halls of Congress to the lowest department of public plunder.

The poet has well said that Vice, once grown familiar to the view, after first exciting our hate, next succeeded in gaining our pity, and finally was taken into our embrace.

The familiarity of the public mind with daily and almost hourly instances of public peculation and betrayal of high trusts has created this indulgent disposition, until at last the wholesome indignation, which is the best safeguard of honesty, has been diluted into a maudlin sympathy with the malefactors....