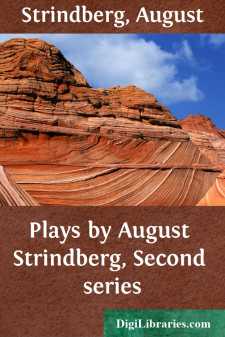 THERE ARE CRIMES AND CRIMES INTRODUCTION

Strindberg was fifty years old when he wrote "There Are Crimes and Crimes." In the same year, 1899, he produced three of his finest historical dramas: "The Saga of the Folkungs," "Gustavus Vasa," and "Eric XIV." Just before, he had finished "Advent," which he described as "A Mystery," and which was published together with "There Are Crimes and Crimes" under the common title of "In a Higher Court." Back of these dramas lay his strange confessional works, "Inferno" and "Legends," and the first two parts of his autobiographical dream-play, "Toward Damascus"—all of which were finished between May, 1897, and some time in the latter part of 1898. And back of these again lay that period of mental crisis, when, at Paris, in 1895 and 1896, he strove to make gold by the transmutation of baser metals, while at the same time his spirit was travelling through all the seven hells in its search for the heaven promised by the great mystics of the past.

"There Are Crimes and Crimes" may, in fact, be regarded as his first definite step beyond that crisis, of which the preceding works were at once the record and closing chord. When, in 1909, he issued "The Author," being a long withheld fourth part of his first autobiographical series, "The Bondwoman's Son," he prefixed to it an analytical summary of the entire body of his work. Opposite the works from 1897-8 appears in this summary the following passage: "The great crisis at the age of fifty; revolutions in the life of the soul, desert wanderings, Swedenborgian Heavens and Hells." But concerning "There Are Crimes and Crimes" and the three historical dramas from the same year he writes triumphantly: "Light after darkness; new productivity, with recovered Faith, Hope and Love—and with full, rock-firm Certitude."

In its German version the play is named "Rausch," or "Intoxication," which indicates the part played by the champagne in the plunge of Maurice from the pinnacles of success to the depths of misfortune. Strindberg has more and more come to see that a moderation verging closely on asceticism is wise for most men and essential to the man of genius who wants to fulfil his divine mission. And he does not scorn to press home even this comparatively humble lesson with the naive directness and fiery zeal which form such conspicuous features of all his work.

But in the title which bound it to "Advent" at their joint publication we have a better clue to what the author himself undoubtedly regards as the most important element of his work—its religious tendency. The "higher court," in which are tried the crimes of Maurice, Adolphe, and Henriette, is, of course, the highest one that man can imagine. And the crimes of which they have all become guilty are those which, as Adolphe remarks, "are not mentioned in the criminal code"—in a word, crimes against the spirit, against the impalpable power that moves us, against God. The play, seen in this light, pictures a deep-reaching spiritual change, leading us step by step from the soul adrift on the waters of life to the state where it is definitely oriented and impelled....