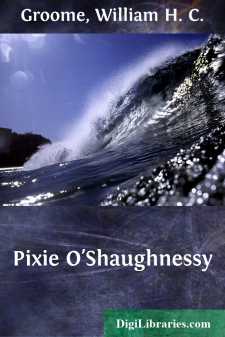 Pixie O’Shaughnessy was at once the joy and terror of the school. It had been a quiet, well-conducted seminary before her time, or it seemed so, at least, looking back after the arrival of the wild Irish tornado, before whose pranks the mild mischief of the Englishers was as water unto wine. Pixie was entered in the school-lists as “Patricia Monica de Vere O’Shaughnessy,” but no one ever addressed her by such a title, not even her home-people, by whom the name was considered at once as a tragedy and a joke of the purest water.

Mrs O’Shaughnessy had held stern ideas about fanciful names for her children, on which subject she had often waxed eloquent to her friends.

“What,” she would ask, “could be more trying to a large and bouncing young woman than to find herself saddled for life with the title of ‘Ivy,’ or for a poor anaemic creature to pose as ‘Ruby’ before a derisive world?” She christened her own first daughter Bridget, and the second Joan, and the three boys respectively Jack, Miles, and Patrick, resolutely waving aside suggestions of more poetic names even when they touched her fancy, or appealed to her imagination. Better err on the safe side, and safeguard oneself from the risk of having a brood of plain, awkward children masquerading through life under names which made them a laughing-stock to their companions.

So she argued; but as the years passed by, it became apparent that her children had too much respect for the traditions of the race to appear an any such unattractive guise. “The O’Shaughnessys were always beautiful,” quoth the Major, tossing his own handsome head with the air of supreme self-satisfaction which was his leading characteristic, “and it’s not my children that are going to break the rule,” and certain it is that one might have travelled far and wide before finding another family to equal the one at Knock Castle in point of appearance. The boys were fine upstanding fellows with dark eyes and aquiline features; Bridgie was a dainty, fair-haired little lady; while Joan, (Esmeralda for short, as her brothers had it), had reached such a climax of beauty that strangers gasped with delight, and the hardest heart softened before her baby smile. Well might Mrs O’Shaughnessy waver in her decision; well might she suppose that she was safe in relaxing her principles sufficiently to bestow upon baby number six a name more appropriate to prospective beauty and charm. The most sensible people have the most serious relapses, and once having given rein to her imagination nothing less than three names would satisfy her—and those three the high-sounding Patricia Monica de Vere.

She was an ugly baby. Well, but babies often were ugly. That counted for nothing. It was really a bad sign if an infant were conspicuously pretty. She had no nose to speak of, and a mouth of enormous proportions. What of that? Babies’ noses always were small, and the mouth would not grow in proportion to the rest of the features....