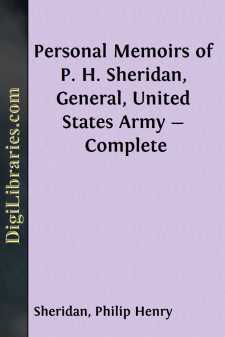 My father's occupation kept him away from home much of the time during my boyhood, and as a consequence I grew up under the sole guidance and training of my mother, whose excellent common sense and clear discernment in every way fitted her for such maternal duties. When old enough I was sent to the village school, which was taught by an old-time Irish "master"—one of those itinerant dominies of the early frontier—who, holding that to spare the rod was to spoil the child, if unable to detect the real culprit when any offense had been committed, would consistently apply the switch to the whole school without discrimination. It must be conceded that by this means he never failed to catch the guilty mischief-maker. The school-year was divided into terms of three months, the teacher being paid in each term a certain sum—three dollars, I think, for each pupil-and having an additional perquisite in the privilege of boarding around at his option in the different families to which his scholars belonged. This feature was more than acceptable to the parents at times, for how else could they so thoroughly learn all the neighborhood gossip? But the pupils were in almost unanimous opposition, because Mr. McNanly's unheralded advent at any one's house resulted frequently in the discovery that some favorite child had been playing "hookey," which means (I will say to the uninitiated, if any such there be) absenting one's self from school without permission, to go on a fishing or a swimming frolic. Such at least was my experience more than once, for Mr. McNanly particularly favored my mother's house, because of a former acquaintanceship in Ireland, and many a time a comparison of notes proved that I had been in the woods with two playfellows, named Binckly and Greiner, when the master thought I was home, ill, and my mother, that I was at school, deeply immersed in study....