Over Strand and Field 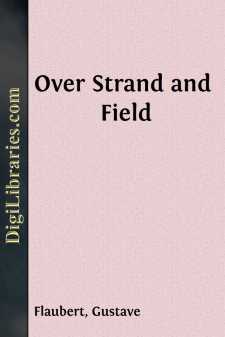 We walked through the empty galleries and deserted rooms where spiders spin their cobwebs over the salamanders of Francis the First. One is overcome by a feeling of distress at the sight of this poverty which has no grandeur. It is not absolute ruin, with the luxury of blackened and mouldy débris, the delicate embroidery of flowers, and the drapery of waving vines undulating in the breeze, like pieces of damask. It is a conscious poverty, for it brushes its threadbare coat and endeavours to appear respectable. The floor has been repaired in one room, while in the next it has been allowed to rot. It shows the futile effort to preserve that which is dying and to bring back that which has fled. Strange to say, it is all very melancholy, but not at all imposing.

And then it seems as if everything had contributed to injure poor Chambord, designed by Le Primatice and chiselled and sculptured by Germain Pilon and Jean Cousin. Upreared by Francis the First, on his return from Spain, after the humiliating treaty of Madrid (1526), it is the monument of a pride that sought to dazzle itself in order to forget defeat. It first harbours Gaston d'Orléans, a crushed pretender, who is exiled within its walls; then it is Louis XIV, who, out of one floor, builds three, thus ruining the beautiful double staircase which extended without interruption from the top to the bottom. Then one day, on the second floor, facing the front, under the magnificent ceiling covered with salamanders and painted ornaments which are now crumbling away, Molière produced for the first time Le Bourgeois gentilhomme. Then it was given to the Maréchal de Saxe; then to the Polignacs, and finally to a plain soldier, Berthier. It was afterwards bought back by subscription and presented to the Duc de Bordeaux. It has been given to everybody, as if nobody cared to have it or desired to keep it. It looks as if it had hardly ever been used, and as if it had always been too spacious. It is like a deserted hostelry where transient guests have not left even their names on the walls.

When we walked through an outside gallery to the Orléans staircase, in order to examine the caryatids which are supposed to represent Francis the First, M. de Chateaubriand, and Madame d'Étampes, and turned around the celebrated lantern that terminates the big staircase, we stuck our heads several times through the railing to look down. In the courtyard was a little donkey nursing its mother, rubbing up against her, shaking its long ears and playfully jumping around. This is what we found in the court of honour of the Château de Chambord; these are its present hosts: a dog rolling in the grass, and a nursing, braying donkey frolicking on the threshold of kings!

The Château d'Amboise, which dominates the whole city that appears to be thrown at its feet like a mass of pebbles at the foot of a rock, looks like an imposing fortress, with its large towers pierced by long, narrow windows; its arched gallery that extends from the one to the other, and the brownish tint of its walls, darkened by the contrast of the flowers, which droop over them like a nodding plume on the bronzed forehead of an old soldier....