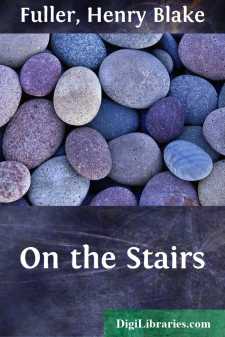 No, do not turn away from such an opening; I shall reach our own day within a paragraph or so.

In the year 1873, then, Johnny McComas was perfectly willing to stand to one side while Raymond Prince, surrounded by several of the fellows, came down, in his own negligent and self-assured way, the main stairway of Grant's Private Academy. For Johnny was newer there; Johnny was younger in this world by a year or two, at an age when a year or two makes a difference; and Johnny had but lately left behind what might be described as a condition of servitude. So Johnny yielded the right of way. He lowered his little snub nose by a few degrees, took some of the gay smile out of his twinkling blue eyes, and waited with an upward glance of friendly yet deferential sobriety until Raymond should have passed.

"How are you, Johnny?" asked Raymond carelessly.

Yes, I told you we should reach our own times presently.

In the year 1916, then, Raymond Prince was standing to one side, whether willing or not, while John W. McComas, attended by several men who would make their cares his own, came down the big marble stairway of the Mid-Continent National Bank. Raymond, who had his cares too, would gladly have been included in the company (or, rather, have replaced it altogether); but he saw clearly that the time was not propitious. McComas looked out through this swarm of lesser people, half-saw Prince as in a mist, and gave him unsmilingly an abstracted half-bow.

"How do you do?" he mumbled impersonally.

"I'm pretty well," returned Prince, in a toneless voice. But he was far from that, whether in mind or estate.

Between these two dates and these two incidents lies most of my story. Be quite sure that I shall tell it in my own fashion.

First, however, this: I do not intend to magnify the Academy and its stairway. The Academy did very well in its day, and it happened to be within easy distance of James Prince's residence. If its big green doors were flanked on one side by a grocery and on the other by a laundry, and if its stairway was worn untidily by other feet than those of Dr. Grant's boys, I shall simply point out that this was all in the day of small things and that Fastidiousness was still upon her way. Should this not satisfy you, I will state that, in the year following, the Academy moved into other quarters: it lodged itself in a near-by private residence whose owner, in real estate, sensed down-heeled Decadence stealing that way a few years before any of his neighbors felt it, and who made his shifts accordingly. If even this does not satisfy you, I might sketch the entrance and stairway, somewhere in Massachusetts, which are to know the footfalls of Lawrence D. McComas, aged ten, grandson of Johnny; but such a step would perhaps take us too far afield as well as slightly into the future. One does not pass a lad through that gateway on the spur of the moment.

Nor ought I to magnify, on the other hand, the marble stairway of the Mid-Continent....