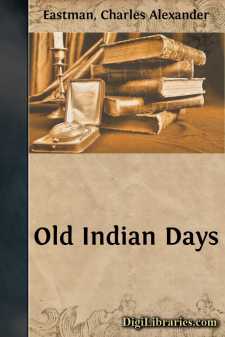 I. THE LOVE OF ANTELOPE I

Upon a hanging precipice atop of the Eagle Scout Butte there appeared a motionless and solitary figure—almost eagle-like he perched! The people in the camp below saw him, but none looked at him long. They turned their heads quickly away with a nervous tingling, for the height above the plains was great. Almost spirit-like among the upper clouds the young warrior sat immovable.

It was Antelope. He was fasting and seeking a sign from the "Great Mystery," for such was the first step of the young and ambitious Sioux [who wished to be a noted warrior among his people].

He is a princely youth, among the wild Sioux, who hunts for his tribe and not for himself! His voice is soft and low at the campfire of his nation, but terror-giving in the field of battle. Such was Antelope's reputation. The more he sought the "Great Mystery" in solitude, the more gentle and retiring he became, and in the same proportion his courage and manliness grew. None could say that he was not a kind son and a good hunter, for he had already passed the "two-arrow-to-kill," his buffalo examination.

On a hot midsummer morning a few weeks later, while most of the inmates of the teepees were breakfasting in the open air, the powerful voice of the herald resounded among the pine-clad heights and green valleys.

"Hear ye, hear ye, warriors!" he chanted loudly. "The council has decreed that four brave young men must scout the country to the sunsetward of the camp, for the peace and protection of our people!"

All listened eagerly for the names of the chosen warriors, and in another moment there came the sonorous call: "Antelope, Antelope! the council has selected you!"

The camp was large—fully four hundred paces across; but in that country, in the clear morning air, such an announcement can be heard a great way, and in the silence that followed the hills repeated over and over the musical name of Antelope.

In due time the four chosen youths appeared before the council fire. The oath of the pipe was administered, and each took a few whiffs as reverently as a Churchman would partake of the sacrament. The chief of the council, who was old and of a striking appearance, gave the charge and command to the youthful braves.

There was a score or more of warriors ready mounted to escort them beyond the precincts of the camp, and the "fearless heart" song was sung according to the custom, as the four ran lightly from the door of the council teepee and disappeared in the woods.

It was a peculiarly trying and hazardous moment in which to perform the duties of a scout. The Sioux were encroaching upon the territory of hostile tribes, here in the foot-hills of the Big Horn Mountains, and now and then one of their hunters was cut off by the enemy. If continual vigilance could not save them, it might soon become necessary to retreat to their own hunting-grounds.

It was a savage fetish that a warrior must be proof against the alluring ways of pretty maidens; that he must place his honor far above the temptations of self-indulgence and indolence....