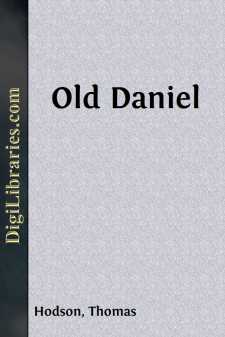 I can now, in my mind’s eye, see Chickka, the washerman, as if I had met him yesterday; and I can see the mud houses of Singonahully, the mud wall of the village, and the temple of Runga, as if they were all before me. Yet five and thirty years are passed and gone since the afternoon when, in quest of medical aid, I rode past the village, hoping yet to see it the abode of many follower’s of Christ, not knowing that I was never to see it more. At that time Chickka was still a heathen. He was then between forty and fifty years of age, a grey-headed, resolute, self-controlled looking man.

At the mission-house of Goobbe we knew Chickka well. He was often present at our family prayer, but gave no signs of any religious conviction; and I cannot remember that he ever expressed more disapproval of idolatry than many did, who to this day have continued in their heathenism. Certainly I had no idea of the processes through which the mind of the washer man had passed. It would have been hard to conceive that one so ignorant and so simple, had as a boy, all untaught, seen as clearly the vanity of idols as well-instructed men could do, and had in his own simple way taken practical and striking steps to convince others of the justice of his views.

In the lifelike narrative of Mr Hodson,—where every touch is that of one who has lived among the people, till their sayings and their doings, their surrounding scenes and modes of thought, are all familiar,—the reader will find a very curious light upon the processes of thought which, in the deepest night of paganism, may be passing in the mind of a labourer’s lad who knows not a letter. We may feel assured that similar lights are shining in the darkest places now, and that millions of young minds are being prepared, as was the mind of Chickka, to turn from dumb idols to serve the living and the true God. Even were the incidents detailed in the following pages those only of the life of a single boy, they would be of great interest. But it is not as incidents that give interest to the story of an inward change of one mind, or of the outward windings of one life, but as a sign of what is going on in multitudes, and as a foretoken of the changes that are to come, that the highest interest attaches to such scenes as that of Chickka breaking the serpent-gods, turning the sword-gods into plough-shares, refusing to bow to the idol, or speaking lightly of the great god of the vicinity when his car was burned. Even the procession, which in all forms of idolatry, from that of India to that of Rome, forms an important instrument of public impression, failed to command the feelings of Chickka. How many men in countries where weeping Madonnas are exhibited have been tormented with the same curiosity which seized Chickka on seeing the tears streaming down the cheeks of Mari, the goddess of diseases! But seldom have courage and opportunity combined to carry the inquirer to a conclusion so decisive as that which rewarded the research of the poor washerman’s son....